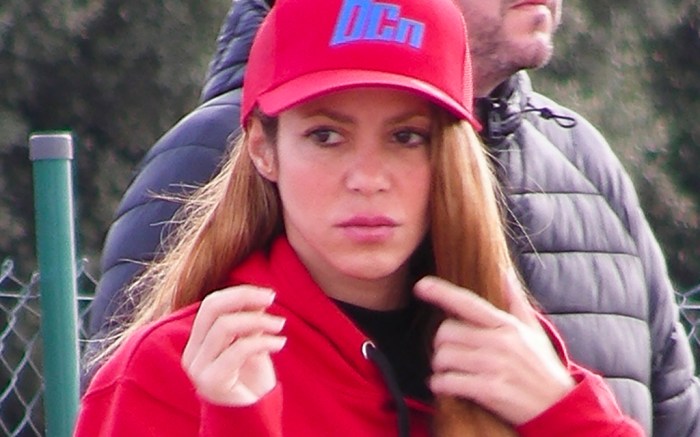 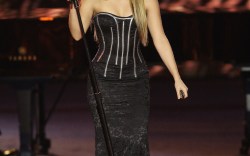 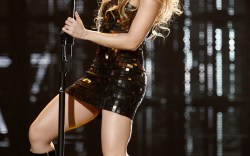 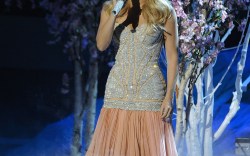 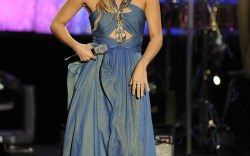 The “Hips Don’t Lie” songstress shrugged on an oversized hoodie, sporting what looked to be her son’s baseball team logo on the front in large blue font. The large hoodie was thrown over a black tee and paired alongside what appeared to be dark wash denim, which also featured a slouchy fit with wide legs. Shakira wore a red and blue baseball cap to match her sweatshirt and wore her long locks down, peeking out from under her hat.

On her feet, the Columbian singer styled chunky black sandals reminiscent of sunny summer days and warmer weather. The large style consisted of thick straps adorned with silver hardware crossing over the tops of the public figure’s feet, securing them in place. The casual almost 90s-esque footwear was also accompanied by thick elevated platforms that added a couple of extra inches to the star’s look.

Shakira didn’t shy away from glamour in her latest project: a starring role in Burberry’s 2022 holiday campaign film, “The Night Before.” The campaign video saw the “Waka Waka” singer twirling in a daring sheer gown — the same pale tan number Lila Moss wore to the 2021 Met Gala. The long-sleeved attire featured a monogrammed black Burberry print, overlaid with sparkling crystals for a bejeweled effect.