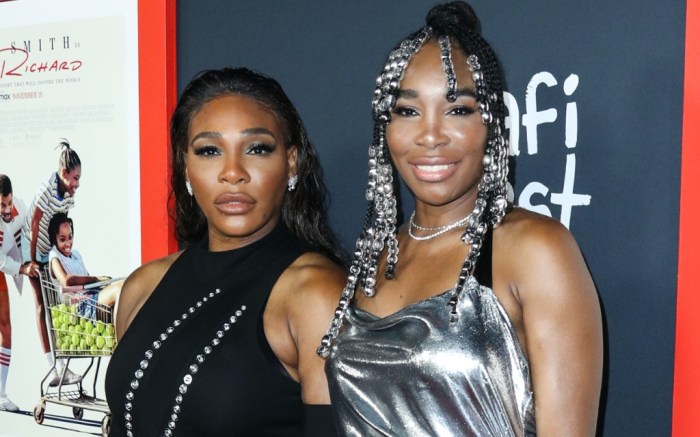 Venus and Serena Williams have given us a lot to talk about on and off the court. But now they are doing things on their own terms now. That is the motto behind their new Harper’s Bazaar cover story, which was shared by the fashion magazine on Instagram today. The award-winning sports duo takes over the publication’s Legacy issue to talk about their tennis careers and the dynamics of their family.

The Olympic athletes also got candid about the message behind their biopic “King Richard,” which chronicles the journey and triumphs of their ambitious father, who is determined to turn the sisters into tennis champions. The film stars Will Smith who plays Richard Williams as well as “Lovecraft Country star” Aunjuane Ellis, who plays their mother, Brandy Williams.

While Serena believes that this is a story that will eventually keep unfolding. “I think ‘King Richard’ is like ‘Iron Man’ and that there still are other stories around it. The next, obviously, would be the Venus story, and then there’s always the story about our other three sisters, and then there’s like a mom, and then there’s the Serena story. When I look at it, I see it just encompassing this whole superhero kind of thing,” Serena exclaimed.

In an alternative cover, the Grand Slam Champions donned beautiful black gowns. Venus wore a one shoulder dress by Maison Valentino. The garment was complete with a cutout at the midsection and a knot that appeared on the side of the hip. Serena slipped into a long Gucci cape gown that included a plunging lace neckline.