How Serena Williams’ Style — and Sport — Has Changed Through the Years 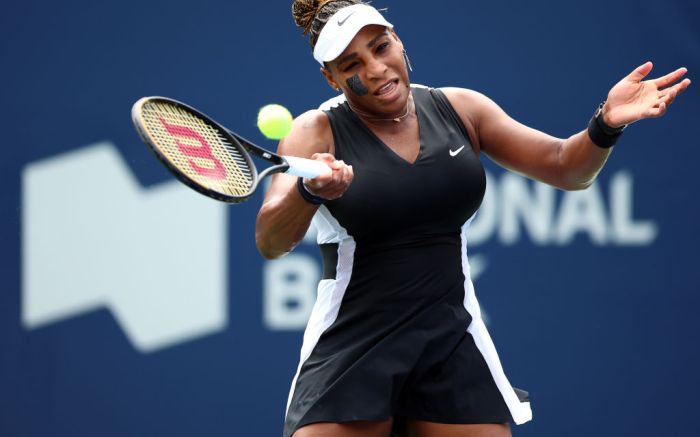 She came, she saw, and she conquered — and now Serena Williams has reached the final stage of the 2018 Wimbledon Championships.

The 23-time Grand Slam champion has made a commanding comeback to the sport following a nearly 14-month hiatus, and she’s only one step away from earning her next major title when she faces Germany’s Angelique Kerber in tomorrow’s women’s finals.

Serena Williams has made her return to Wimbledon, almost a year after she was forced to retire from her first-round match due to a hamstring injury in June. The tennis icon proved her sartorial reign in a full white Nike ensemble.

While she’s best known for her technical prowess, Williams is also recognized for her powerful, statement-making ensembles on the court.

Stepping onto the field at the All England Club, she’s grabbed headlines in her head-to-toe white Nike outfit and compression legwear — a pair of skin-colored tights that offer wellness benefits such as increased circulation.

(The 36-year-old athlete suffered post-birth complications due to a blood clot, and compression hosiery is often recommended for pregnant women.)

Before withdrawing from the French Open due to a pectoral muscle injury, Williams also dominated the clay court in a Wakanda-inspired catsuit from Nike. The full-length number was swiftly referred to among her fans as a symbol of strength and determination — and the new mother agreed.

And, of course, one cannot forget Williams’ appearance at the 2017 Australian Open — in an graphic black and white dress that will continue to be associated with her incredible win while eight weeks pregnant with daughter Alexis Olympia Ohanian Jr.

Truly, there is nothing she can’t do.

How to Watch the 2018 Wimbledon Finals Live Stream for Free