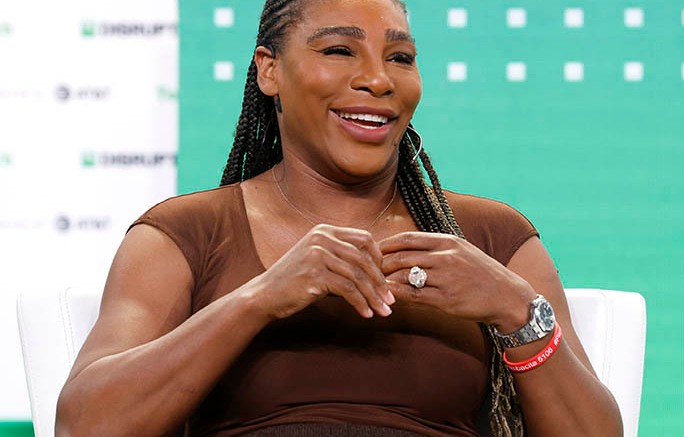 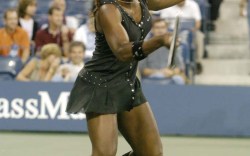 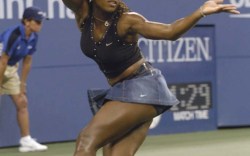 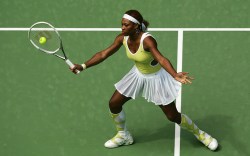 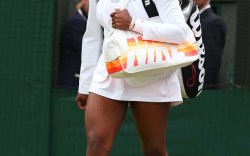 Serena Williams lounged in the fleeting sunshine at her house in Florida. The star posed for a few sunlit photos in athleisure, posting them to her Instagram yesterday. The caption on Williams’ Instagram reads, “It used to be sunny in Florida.”

The star tennis player zipped up a purple fleece sweater, bundling up and keeping cozy. Adding to her look’s sporty appearance was a pair of bright purple and pink mesh leggings that had a breathable, athletic fit. The former Olympian wore simple silver rings and wore her hair down, flaunting her tight curls and texture.

Although they aren’t visible in this image, when it comes to shoes, Williams often gravitates towards versatile and glamorous styles. It’s most likely the star was wearing some sort of athletic sneaker in a bright hue with some sort of embellishment, likely from Nike or Air Jordan. A lover of sneakers, the S By Serena owner can usually be found wearing the latest styles.

A powerhouse in the sports world, Williams has made her mark both on the tennis court and in the fashion world. As the winner of 23 Grand Slam singles titles, Williams has cemented her status as one of the greatest tennis players of all time — and one of the best dressed, with her vibrant, standout style that includes everything from black catsuits to neon colors in competition.

Her most notable brand deal is with Nike, a partnership that began in 2003. In 2018, the tennis star launched her fashion line S by Serena. Throughout the years, Williams has also partnered with HSN on fashion pieces, accessories and handbags.

PHOTOS: Check out some of Serena Williams’ most unforgettable Nike tennis outfits.