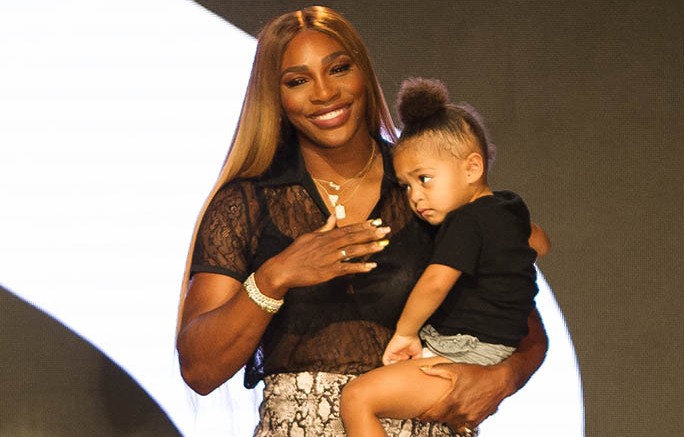 Serena Williams and her daughter Alexis Olympia Ohanian Jr. served a sweet mother-daughter twinning moment at the 2022 U.S. Open on August 29. The tennis champion arrived in style at the USTA Bille Jean King National Tennis Center for her final U.S. Open appearance. Earlier this month, Williams covered Vogue’s September issue, where she announced her retirement plans in a verbal essay with the magazine.

To commemorate the monumental moment, the 23-time Grand Slam winner made her way onto the court in a custom Nike outfit that she helped design. The dress featured a shimmering, diamond-encrusted bodice and a six-layer skirt. The bodice was meant to represent the Arthur Ashe stadium at night, while the skirt paid tribute to Serena’s six U.S. Open wins. The tennis champion took her look up a notch with by decorating her hair with gems and an embellished Nike headband.

Williams’ footwear was equally as dazzling, she completed her look with the NikeCourt Flare 2 sneakers — a custom Serena PE featuring a diamond-encrusted Swoosh design and her initials on the medial side. The solid gold deubrés on the laces feature 400 hand-set diamonds in black ceramic created in collaboration with Serena Williams Jewelry.

Olympia sat courtside cheering for her mother with her dad Alexis Ohanian throughout the event. The toddler mimicked her mother’s outfit and paid homage to her by sporting white beads at the bottom of her braids, which were reminiscent to the ones Williams wore when she won her very first U.S. Open in 1999.