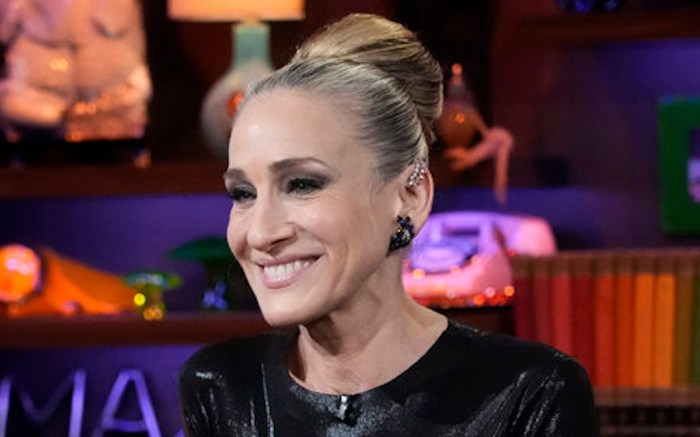 Sarah Jessica Parker knows how to make an elegant statement. The “And Just Like That” star attended “Watch What Happens Live” on Monday, where she talked about the series and a multitude of other fun topics that Andy Cohen asked.

In a game called “Versace or Hibachi,” Cohen pulled some of Parker’s looks from over the years, and Parker had to state whether the outfit was Versace — or good, or Hibachi — bad. To Cohen’s surprise, Parker thought that every getup was “Versace” because of how happy she felt in the outfits.


Cohen also asked the SJP Collection designer about the Samantha Jones character (Kim Cattrall) not appearing in-person in the “Sex and the City” reboot and how he thought it was genius of Carrie (Parker’s character) to send texts to Samantha, and he wanted to know more about that idea. “It was an idea because Samantha is not gone. The actress that played the role is no longer playing that role, but people aren’t absent from your life when you don’t want them to be,” Parker said. “And I thought that in typical Michael Patrick fashion, he threaded it through with grace and dignity and respect and love and affection for that character.”


When it comes to Parker’s outfit, she donned a black long-sleeve calf-length dress by Norma Kamali that featured a shimmery fabric that twinkled and sparkled when the light hit it. She accessorized with a pink sequined Fendi Baguette bag that’s a part of a limited-edition release that Parker created with the Italian luxury brand.

To ground everything, Parker opted for a pair of black peep-toe stiletto sandals that unified her ensemble and tied it together nicely. The shoes had silver embellishments and a chic black ankle strap.

Click through the gallery to see Parker’s most beautiful shoes over the years.

Step into peep-toe heels below.