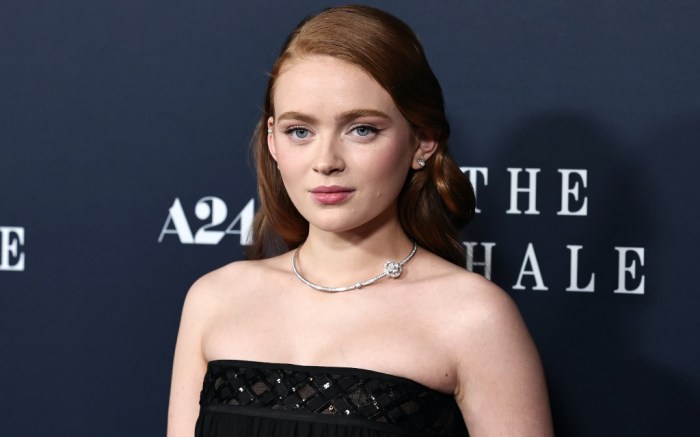 Sadie Sink went with a timeless look for her latest event.

The “Stranger Things” star hit the red carpet last night for the New York screening of “The Whale.” Sink stars in the new psychological drama film alongside Brendan Fraser, who also attended the event.

To the screening, Sink wore a black strapless dress from Chanel. Her midi dress featured a square neckline and embellished horizontal panels throughout the garment. She added sparkly jewelry including a silver necklace, stud earrings, a bracelet and rings and wore her bright red hair in loose waves.

Sink added a pair of classic shoes to complete her look. The “All Too Well: The Short Film” star slipped into a pair of black pumps with a pointed toe. The sleek style has gained prominence with several stars like Jessica Chastain, Sarah Jessica Parker and Khloe Kardashian also donning the chic silhouette over the past few months.

Click here to see how high heels have evolved over the decades.