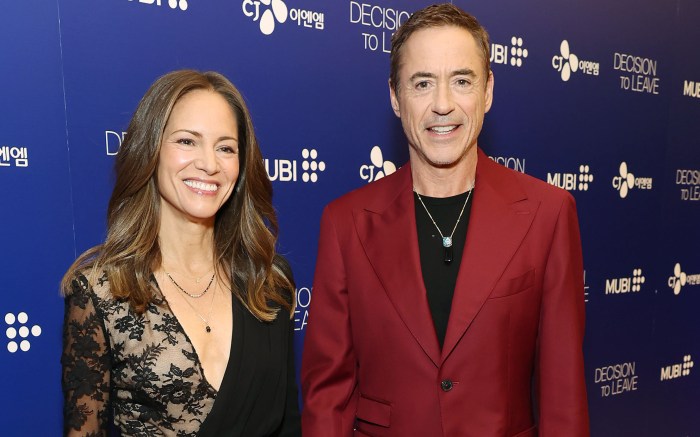 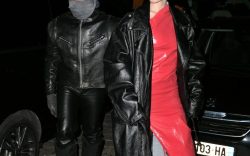 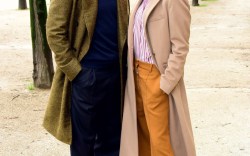 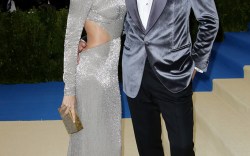 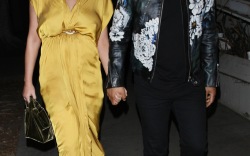 Robert Downey Jr. and his wife, Susan Downey, attended the “Decision To Leave” premiere in Los Angeles, last night. The stunning couple had a twinning shoe moment at the event held at the Linwood Dunn Theater.

The “Iron Man” actor sported a deep red suit with a black crewneck. He added a silver ring and necklace with a black stone pendant to match his shirt. Robert slipped into a pair of red patent leather ankle boots to complete his outfit.

Coordinating outfits with her husband, Susan wore a black jumpsuit that featured a floral lace section on one side of the top, and a belt scarf that cascaded down to the floor. She slipped into a pair of red pointed-toe slingback pumps matching Robert’s footwear color.

The mystery film “Decision To Leave” goes through the story of a detective investigating a man’s death while also falling in love with the man’s grieving widow. The highly anticipated film directed by Park Chan-wook starring Tang Wei and Park Hae-il is set to release on Oct. 14 in theaters.

Downey has been currently working on a new HBO’s miniseries with the director called “The Sympathizer.” The actor and his wife have taken more time for themselves as Downey finished his 11-year role as Tony Stark in the Marvel series “Avengers” alongside Scarlett Johansson and Chris Evans.