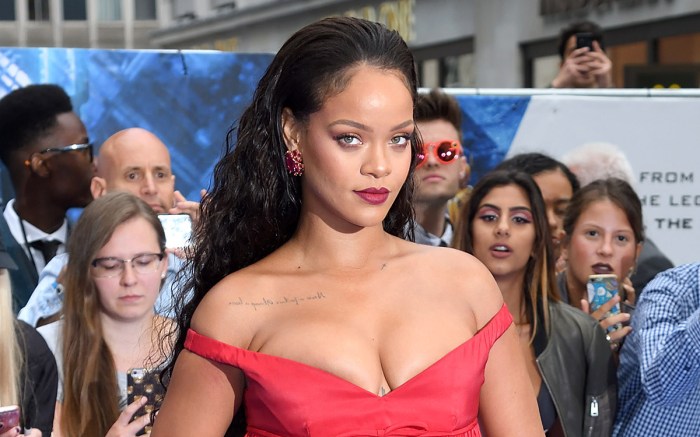 Rihanna has made her TikTok debut and with her son no less. The short video today on the app featured Rihanna and her boyfriend Asap Rocky’s son babbling and playing with the phone as it recorded.

The 7-month-old, who’s name has not been revealed to the public, rode in a carseat, all cozied up. The  45-second clip was captioned “hacked.”

The fashion and makeup mogul had her baby earlier this year in May. It seems like only yesterday that the “Bad Gal” announced that she was expecting her first child in Jan. of this year and set headlines ablaze. Rocky and the “Umbrella” songstress have been close friends and collaborators for close to a decade. The “Sundress” rapper confirmed their relationship in May 2021, calling Rihanna “the one.”

Beyond the cute video, Rihanna has been having a busy year. Among a whole slew of projects including her Fenty Beauty makeup line, the multi-talented star is now also Super Bowl bound. The star will be headlining the coveted half-time show in 2023 at Super Bowl LVIII. Since the announcement, ticket sales for the game have skyrocketed.

On top of the exciting announcement, Rihanna also released a solo song, effectively breaking her six year hiatus with her new song “Lift Me Up.”

PHOTOS: Discover more of the looks from the Savage X Fenty’s Vol. 4 fashion show in the gallery.