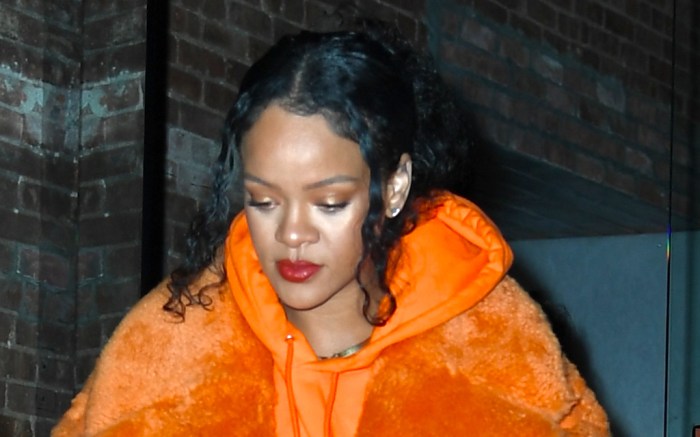 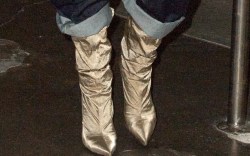 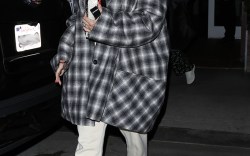 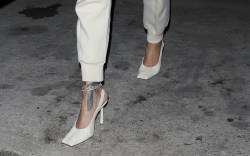 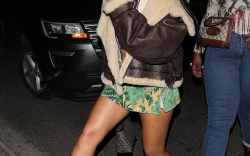 Rihanna shows how to make a punchy statement during the cold winter months.

The “We Found Love” singer was spotted in New York City on Wednesday heading to a Sephora event while wearing an outfit suitable for the pop star turned fashion and beauty mogul.

For the ensemble, Rihanna opted for a bright orange fluffy coat that featured an oversized lapel and collar paired with six brown buttons on either side of the garment. Underneath, she wore an orange hoodie that blended in nicely and a pair of camo pants that added a nice contrast.


To ground everything, Rihanna slipped on a pair of Gucci x Balenciaga The Hacker Project Knife heels that incorporated the rich brown color of the Gucci monogram paired with the glitzy crystallization of a Balenciaga pump. These shoes paired with the camo pants and fuzzy orange coat showcases Rihanna’s eye for color and how she plays with tones.

The appearance in the new outfit comes after the musician announced that she’ll be donating $15 million to climate change organizations through her Clara Lionel Foundation. According to the Associated Press, the singer said that the money will be dispersed between 18 Caribbean nations and the United States.

In a statement, Rihanna said, “Climate disasters, which are growing in frequency and intensity, do not impact all communities equally, with communities of color and island nations facing the brunt of climate change.”

Rihanna is known for being one of the fashion industry’s most beloved “it” girls and has shown for years that she knows what beautiful style is. From her breathtaking Met Gala looks (like the yellow Guo Pei outfit from 2015) or her signature Swarovski crystal dress from 2014, Bad Gal Riri proves that she knows how to garner attention while also setting trends and creating memorable pop culture moments.

The performer has created a name for herself as an entrepreneur and has two companies, Savage x Fenty and Fenty Beauty. She has also starred in campaigns for luxury labels like Balmain and Dior.

Click through the gallery to see Rihanna’s most wild shoe moments of all time.

Pop on a pair of crystallized heels for a glittery look.