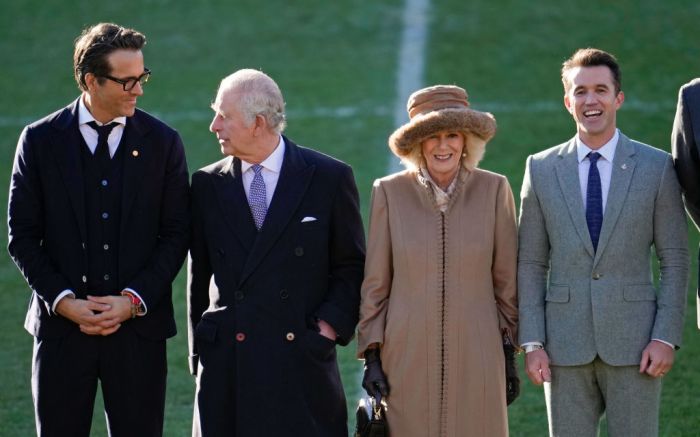 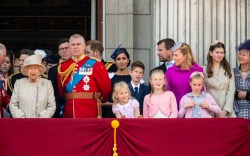 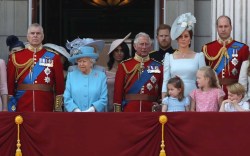 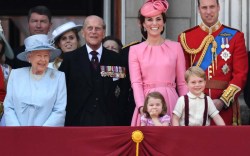 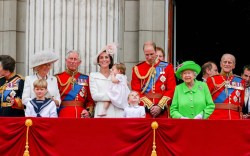 The Duchess of Cornwall sported outerwear and cozy suede boots for the occasion.

Queen Camilla was wrapped up in a large tan collared coat that featured a textural hem and tailored fit thanks to the few darts that ran down the front. Under the lengthy coat, a white blouse could be seen peeking past the coat’s collar.

She accessorized with a large tan-lined hat, black leather gloves, and a glossy black purse with gold hardware

When it came to footwear, Camilla stepped out in a pair of tan suede boots that matched her outerwear seamlessly. Her close-toed set featured tall uppers — appearing to either be a knee-high or over-the-knee silhouette — with a stretchy texture, allowing for greater movement throughout the day. Block heels totaling at least 2 inches in height finished the set, providing it with a practical height boost that was ideal for navigating the outdoor terrain. The style is a go-to for the fashionable royal, especially on outings during the colder months.

Queen Consort Camilla has frequently worn Sole Bliss and Chanel’s block-heeled pumps in a range of neutral hues, as well as navy and pink tones, over the years for formal occasions. In winter months, these are occasionally swapped for knee-high suede or riding boots; all are often worn with single-toned outfits, similar to her predecessor, Queen Elizabeth II. Camilla’s style is also punctuated by her extensive handbag collection, which primarily features clutches and top-handle bags by Chanel, Fendi and Demellier London.

Ryan Reynolds and Rob McElhenney bought the Welsh club Wrexham in November 2020. The club is considered one of the world’s oldest soccer teams. The meeting was reportedly filmed to be used in Reynolds and McElhenney’s Disney+ docuseries, “Welcome to Wrexham,” which documents the Wrexham soccer club redevelopment.