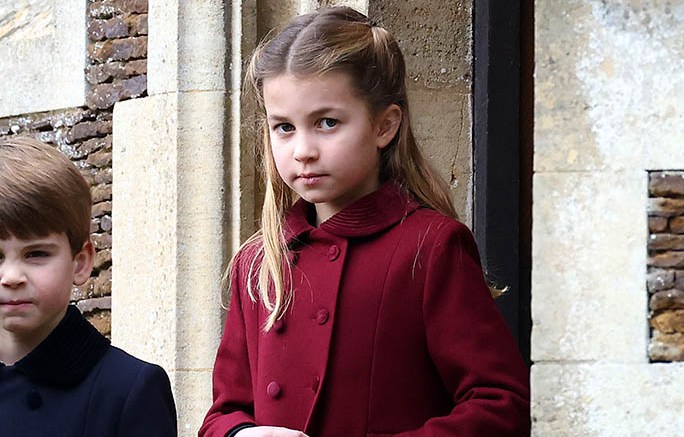 Princess Charlotte stepped out in festive fashion to celebrate Christmas with her family — notably King Charles’ first as monarch of the United Kingdom, following his broadcasted holiday speech. Charlotte joined her mother Kate Middleton, Princess of Wales, her father Prince William and brothers Prince George and Prince Louis at Sandringham Church in Norfolk.

For the Christmas Day service, Charlotte wore a red trench coat dress. The piece included a round collar, buttons along the center and side slant pockets. To keep warm she complemented the garment with dark tights.

Completing Charlotte’s look was a pair of black ballet flats. The leather silhouette had a round toe with a thin strap across the instep and sat atop a thin square heel.

Click through the gallery to see photos of the royal family at the 2022 “Together at Christmas” special.