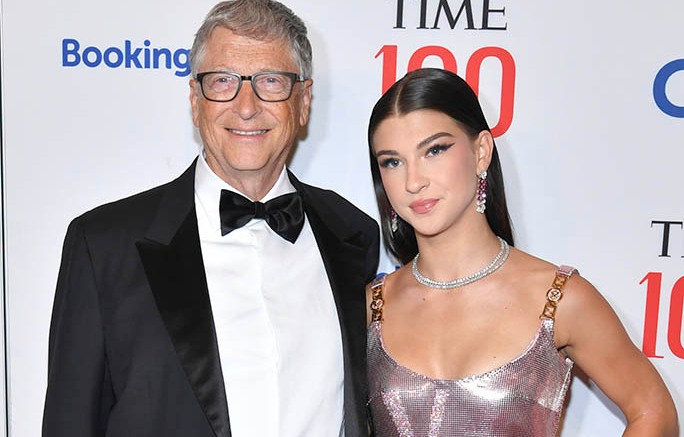 Phoebe Gates is using her platform to encourage activism in the wake of the Supreme Court’s recent repeal of Roe v. Wade. And she’s coincidentally wearing all-black while doing it, appearing to be in mourning of the state of women’s reproductive rights in the United States.

For the June 27 video, the 19-year-old daughter of Bill and Melinda Gates wore a simple black tee under a black windbreaker, keeping the rest of her look hidden. Her brown hair was in a casual blown-out style with a collection of gold studs on both ears. Gates also wore a fresh-faced makeup look for the video, which featured a light pink eye, blushed cheeks, and a pink lip.

Far more important than Gates’s casual look were her words. In her short video, Gates expressed sadness and anger toward the recent reversal of Roe v. Wade.

“I’m devastated and furious at this ruling. This issue, like many other issues facing our nation, is an issue of privilege and inequality,” Gates says in the video. “I know a ton of us are feeling different emotions right now. I sure am. We need to take these emotions and channel them into action.”

Gates goes on to encourage followers to “organize and take action” by donating to abortion funds, engaging in grassroots work for reproductive justice, and voting in the midterm elections in November.

“Keep your anger. Keep your emotions. And take your anger with you to the polls on November 8th,” she said.

Since the announcement of the ruling, which eliminates protections for abortions after nearly 50 years, major companies have announced their support to help employees who could be impacted by the ruling, including Target, Patagonia and more. Retailers and brands have signed on to various levels of commitments, ranging from travel and lodging reimbursements to obtain abortions to more vague descriptions of support.

This certainly isn’t the first time Gates has addressed support for reproductive health and abortion access. In a June 16 Instagram photo, Gates posed in a white bikini to celebrate her body — and advocate for women’s reproductive healthcare access.

“I’m not shy about my body and/or telling you to keep your bans off of it,” she wrote in the June 16 photo caption. “Every person deserves access to sexual and reproductive health care. Right now, the Supreme Court is prepared to end the constitutional right to abortion. Join me and millions of other women in our fight for this basic human right.”

Gates posted links and suggestions to take action in support of reproductive healthcare alongside the photo, which activism work she is still doing daily on her Instagram Stories.