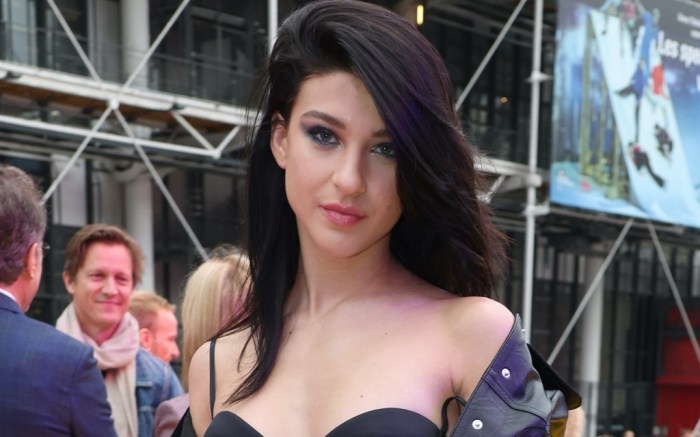 Phoebe Gates posted a video to her Instagram today, sharing a whimsical moment she had with her friends gathering on the grassy lawn of the Pulgas Water Temple in Redwood City, Calif. The short video set to The Little Dippers’ “Forever” saw Gates wearing a minidress and platform sneakers while basking in the sunshine. The caption on the post read, “Back to school means visits to the Pulgas Water Temple.”

The 20-year-old’s dress was a bohemian-inspired lacy little number with an open back and long billowing bell sleeves. Gate’s friend Sophia Kianni wore a similar dress with shorter sleeves and a lower neckline in a plum shade, matching their shoes.

Speaking of footwear, Gates opted for a more comfortable style of shoe for her day at the monument, the star slipping into platform sneakers. The sneakers were all white, including the laces, and had a slight lift to them thanks to the oversized wedge platform-style soles that set them apart from all other sneakers. Beyond the pure white hue, the cushy footwear also featured a slight sheen that was barely visible unless under direct sunlight.

Gates has become an emerging ace in the fashion world, particularly while attending Fashion Month shows this season for Aje, Alice + Olivia, Michael Kors and Valentino. The model often wears stiletto-heeled or platform sandals in neutral tones for more formal occasions, hailing from top brands including Christian Louboutin. When off-duty, Gates has also been spotted in low-top Louis Vuitton and Golden Goose sneakers, as well.

PHOTOS: See how another celebrity styles their white sneakers.