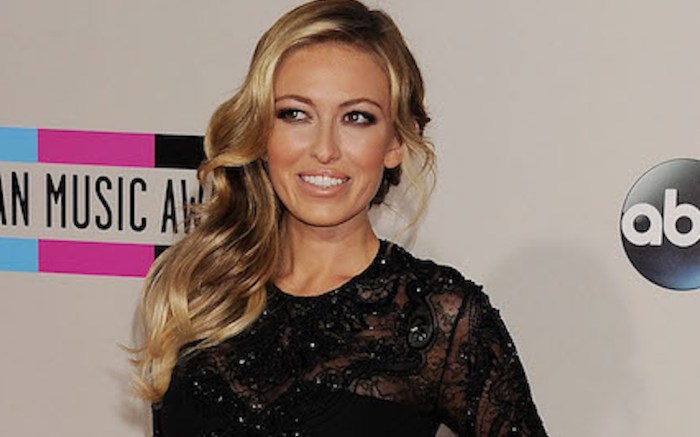 Although Paulina Gretzky is mostly known for being the Canadian Hockey player Wayne Gretzky’s daughter, over the years, she has shown that she knows how to make a statement with her style.

The “Guns, Girls and Gambling” star was brought into the limelight when she starred in the film “In God We Trust” in 2000. Now, the wife of the American golfer Dustin Johnson, Gretzky continues to pull off looks while sitting on the sidelines and cheering him on to victory. And she’s currently bringing her standout style to the 2022 Masters Tournament.

Keep reading to see some of her best looks over the years.

During the fourball match on the first day of the 42nd Ryder Cup, Gretzky sat in a golf cart while supporting her then-boyfriend Dustin Johnson on Sept. 28, 2018. For the event, she donned a blue puffer coat, white jeans and black and white Adidas sneakers.

On Aug. 30, 2015, Gretzky was in attendance for the US Day 1 Open at the USTA Tennis Center in New York City. For the outfit, she wore a black tank top, skinny gray jeans, a black belt, a Louis Vuitton duffle bag and black open-toe booties.

On Oct. 18, 2013, Gretzky and Johnson held a kangaroo and koala while visiting Perth, Australia. For the ensemble, Gretzky wore a black puffer vest paired with black skinny cargo trousers and black and white sneakers.

At an ISPA Handa Perth International Golf Welcome Event in Perth, Australia, on Oct. 14, 2013, where she attended with Dustin Johnson, Gretzky chose to go toned down. She wore a gray zip-up jacket coordinated with skinny black jeans and open-toed black leather booties.