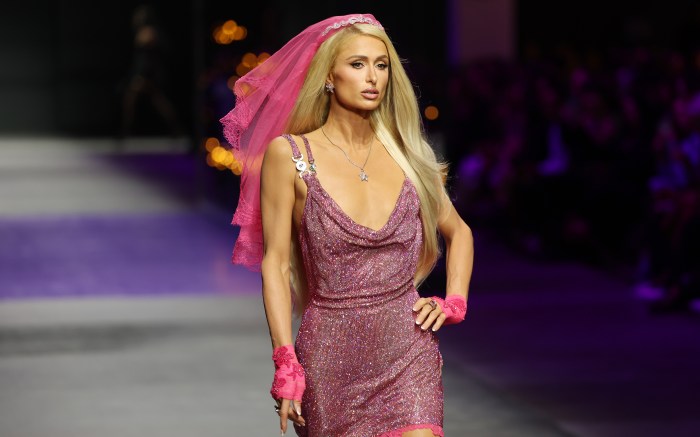 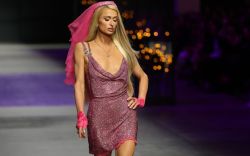 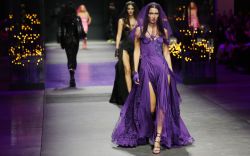 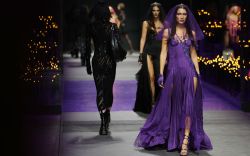 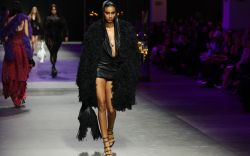 After closing the recent Versace fashion show and making media headlines in a pink bridal dress in Milan, Paris Hilton posted a TikTok of herself DJing at the brand’s afterparty.

In the video, Hilton is wearing the same low-cut halter sparkly dress that she wore on the runway for her DJ set. Although the socialite didn’t wear the veil headband to the party. The video also shows actress Vanessa Hudgens cooling Hilton with a portable compact fan.

“A true friend not only hypes up your DJ set at the @Versace afterparty – but also holds your personal fan machine for you so you can sliv with the crowd. Thank you @VanessaHudgens for being a real one #ThatsHot #Sliving #Versace,” Hilton wrote in the caption.

Both celebrity starlets wore large sunglasses inside while dancing. Hudgens is seen in a silver sparkle mini-crop top that is low cut while pairing the entire look with a mini-skirt that has Versace written all over it. The actress wore her brunette hair in a high up pony-tail and had a side parting.

Hudgens also shared the video of the two partying together, writing, “@parishilton I will be your personal fan whenever u need.”

At the show, Hudgens sat front row and also wore 6-inch three-strap patent black heels with a tweed checkered mini-skirt and matching blazer, but with the same silver sparkly cropped top she wore at the afterparty. Hilton responded to Hudgens post of their afterparty moment in a comment and wrote, “Love you sis! So much fun Sliving with you!”