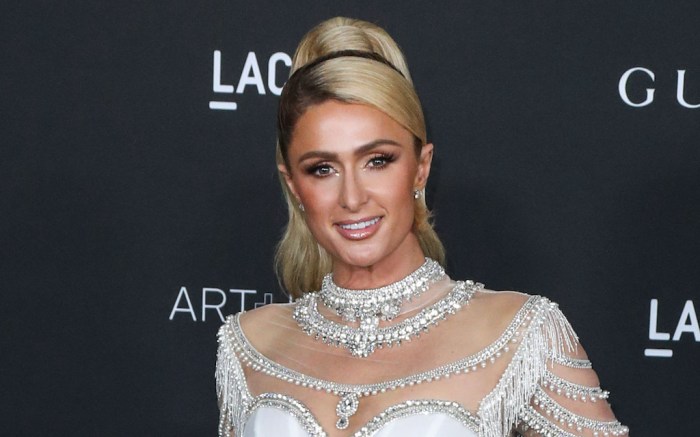 Paris Hilton unveils her latest creations for her eponymous label in style. The entrepreneur shared a video on Instagram Tuesday that showed the socialite showcasing the versatility of her new tracksuit line.

In the caption of the video, Hilton wrote, “I’m so excited for the drop of my new tracksuit line, which has been such a long time in the making!👚👖 If you know me, you know my go-to loungewear is a tracksuit. 💕They’re comfortable and cute and made out of the softest velour. And I wanted to put out my own that were especially #Iconic just for you! 👑 In case you missed out on yesterday’s surprise drop, stay tuned! 💘 My full collection launches in June! #ThatsHot 🔥 @ParisHiltonShop @Shopify”

In the video, Hilton wore a light pink velour tracksuit that had contrasting pink sleeves and pant cuffs. Another suit came in baby pink and hot pink, and it also came in soft baby blue for a nice variation. There’s also a black version with pink outlining and piping that encompassed shorts instead of pants that read “That’s Hot” across the front of the top in crystals.

Next was a white version of the tracksuit with an iridescent stripe down the side for an eye-catching effect. And, then she displayed a black tracksuit that had pink outlining this time in the form of pants. Finally, she debuted a red tracksuit that featured star cutouts.

The tracksuits are available for purchase at Shop.parishilton.com starting at $80.

Hilton was seen in a chic pair of pointy blue pumps in the video.

Hilton is an entrepreneur. She launched her own footwear line in 2008 and currently owns 19 other product lines that continue to grow.

“I’m about to release my 29th fragrance,” she told FN for her August 2021 cover story, listing off her current operations. “I’m investing in a lot of tech products and VR and NFT and writing my third book and doing my second album. And, I have my podcasting company, my deal with Warner Brothers, my own production company deal and my new show.”