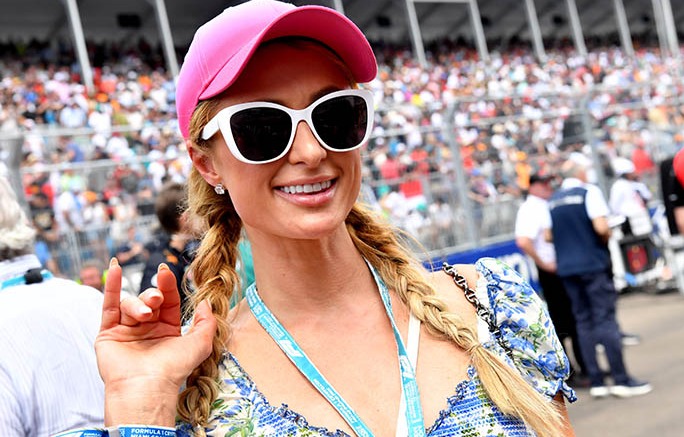 Miami was the place to be this weekend as several celebrities flocked to the 2022 Formula One Grand Prix at Miami International Autodrome on Sunday. Paris Hilton looked spring-ready for the occasion. The businesswoman and DJ was spotted out in a blue and green floral maxi dress.

The floor-length frock was complete with short, puffy sleeves, a plunging low-cut neckline and a layered ruffled skirt. Sticking to her signature colorful style, Hilton accessorized with a pink baseball cap and oversized white frames.

The length of her dress offered a peek at her footwear choice, which appeared to be a black silhouette. The multihyphenate socialite has been pulling out all of the stops for her looks at Formula 1. Hilton hosted a party with McLaren Racing at the Hilton Bentley Miami/South Beach in Florida.

The “Stars Are Blind” singer spent the night DJ’ing in an elegant black mini dress, which she paired with black leather ankle boots by Christian Louboutin.

Flip through the gallery to see Hilton’s style evolution from 1997 to now.