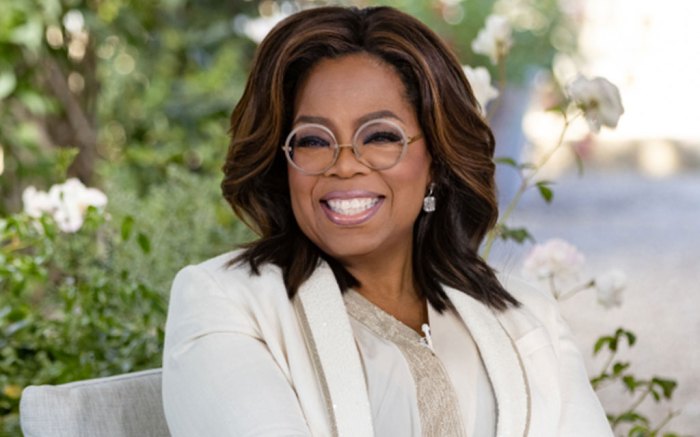 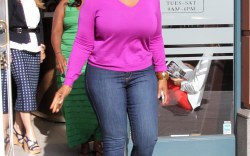 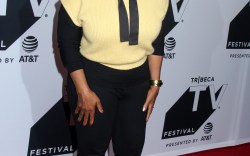 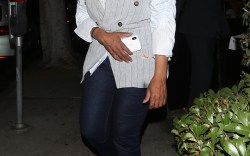 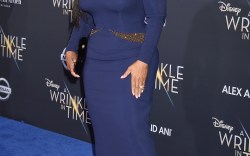 Oprah Winfrey had an all-white boho chic moment while celebrating an iconic friend’s birthday this weekend.

The talk show host celebrated her dear friend and television producer Ava Duvernay’s 50th birthday in Maui, Hawaii. For the first day of festivities, Winfrey wore an all-white attire with a white blouse featuring a back that cascades down to the floor. She paired the outfit with a pair of straight white pants.

As for footwear, Winfrey slipped on a pair of casual white shoes with a minimalistic dark line bringing a pop of color.

Winfrey accessorized with a pair of shimmering hoops and an apple watch. To fit the tropical vibe of the island, she added a white lei to the look. She kept her makeup minimal and her hair slicked back into a ponytail.

For the main dinner of the weekend, Winfrey slipped into a glamorous light yellow silk set. She wore a pocketed button down blouse with feathers covering the middle of the sleeves with a solid white crew neck t shirt underneath.

Winfrey is known for going above and beyond for any occasion. She surprised her close friend with a lavish ‘tent’ dinner designed by Porch floral and design team for the birthday festivities. The talk show host and Duvernay have been friends for about 10 years. They have worked on numerous projects together including Disney’s ‘A Wrinkle In Time’. Winfrey took time off her newest production ‘The Color Purple’ to host this celebration for Duvernay. The film is a modern remake of the previous 1985 film that captures a 40-year journey of Black women living in segregated rural Georgia.