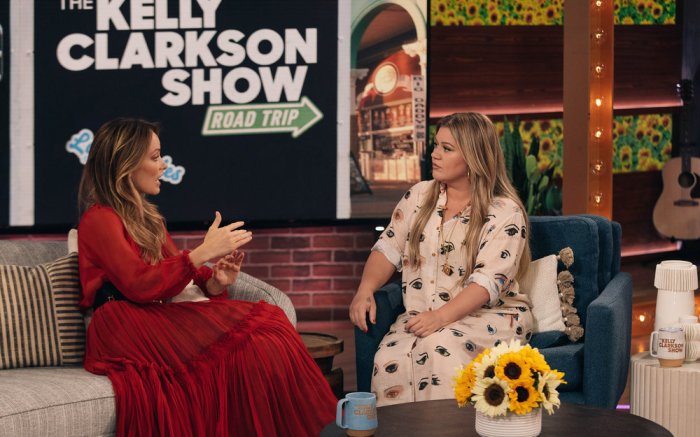 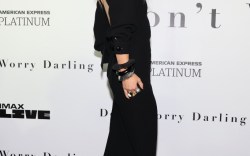 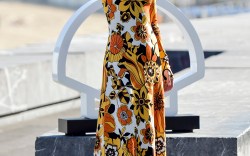 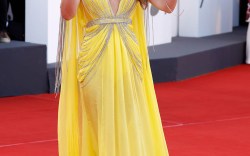 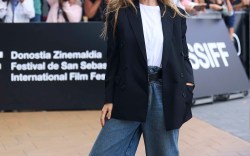 Olivia Wilde turned up the heat on “The Kelly Clarkson Show” in a tiered red maxi dress as she continues promoting her new film “Don’t Worry Darling.”

Wilde’s dress was from Dior’s resort 2023 collection and was mostly sheer with a low neckline, a frill trim collar, bishop sleeves, and a black lace trim at the hemline of the dress of the skirt. The dress was belted with a statement waist belt. Her black boots were a collaboration with Danielle Guizio and Toral.

For accessories, Wilde chose subtle jewelry accents, including a ball and chain necklace with a ball and chain diamond pear shape pendant and a pair of small diamond hoop earrings, all by Jessica McCormack. She went for makeup that would highlight her eyes and cheeks, including a bronze blush and eyeshadow combo. She selected a nude lip to round out her beauty look. She parted her hair down the middle, and it was done in a wavy style.

Wilde is currently on the press tour for her new movie “Don’t Worry Darling,” which premiered at the Venice International Film Festival. During her appearance on “The Kelly Clarkson Show,” Wilde not only discussed her new movie, but also how she deals with so much of her private life being made public and her life as a single mom.

“Don’t Worry Darling,” which Wilde both directed and starred in, also stars Harry Styles, Florence Pugh, Chris Pine, and Gemma Chan. The film tells the story of a happy 1950s couple who seem to live in the perfect town, until the wife wants more answers about their seemingly utopian life. The movie is set for release in the U.S. on September 23.