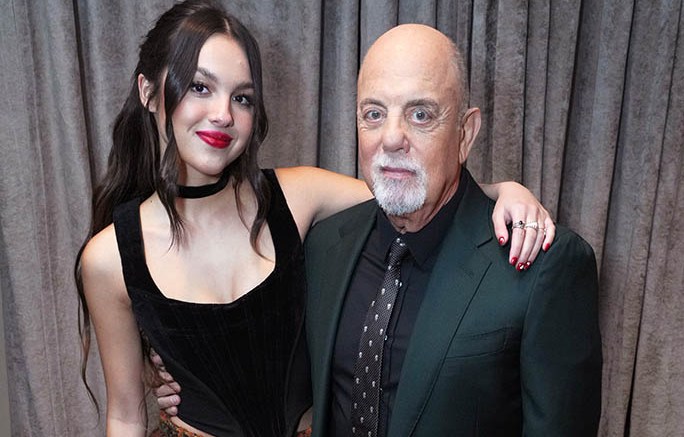 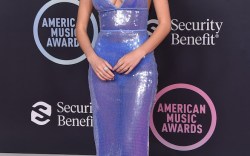 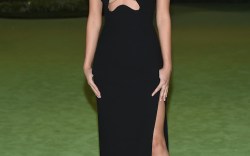 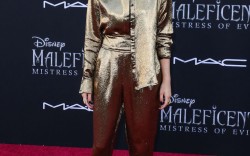 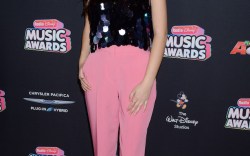 Billy Joel fans were in for a treat as he brought Olivia Rodrigo to perform during his Madison Square Garden concert in New York City on Wednesday. The pop sensation joined the piano man onstage for a two-song duet. Joel accompanied Rodrigo as she sang her single, “Deja Vu,” followed by a rendition of his 1983 hit, “Uptown Girl.”

Rodrigo put her signature grunge twist on a preppy-chic ensemble for the big night. The “Driver’s license” songstress wore a Vivienne Westwood Red Label black velvet corset. The velvet piece had contoured boning details, wide straps and a pointy hemline. She teamed the top with an orange and black pleated mini skirt.

To amp up the glam, the “High School Musical” star accessorized with a black choker and styled her sultry beach wave hair half up, half down. Rodrigo added a pop of color to her look with bold red lipstick and a matching manicure.

Joel looked dapper while hitting the stage. The Grammy Award-winning singer and composer donned a dark green blazer jacket, which he wore with a black button-down shirt and trousers. He completed his look with a polkadot tie and leather loafers.

Sticking to her signature edgy style aesthetic, Rodrigo tied her look together with black platform combat boots. The shoe style laced up along her calves and included a chunky outsole and square heel.

When it comes to fashion, Rodrigo can usually be found in fashion-forward silhouettes that are heavily inspired by the Y2K movement. When the former Disney protege isn’t rocking stadiums around the globe in the most up-to-date fashions, she often opts for simple silhouettes like pleated skirts or slip dresses that offer the pop star an easy and trendy option. Some of her go-to footwear styles are leather boots by Dr. Martens, Naked Wolfe and Magda Butrym, as well as sneakers by Vans and Converse.