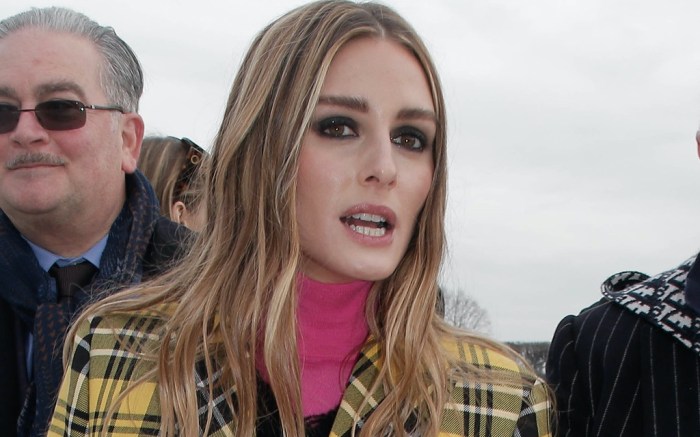 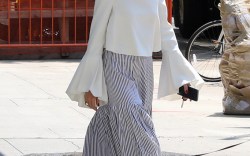 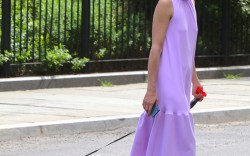 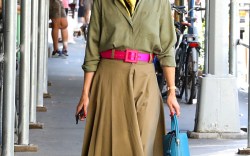 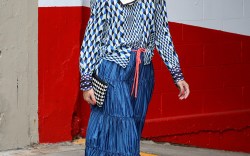 As if! Olivia Palermo stepped out in her edgiest outfit yet at Paris Fashion Week — and it’s one Cher Horowitz would undoubtedly approve of.

Taking a cue from “Clueless,” Palermo left Dior’s Fall 2022 fashion show in a yellow and black plaid suit. For a modern, trendy touch, the set featured a knee-length skirt in a wide silhouette. Palermo kept the look punchy with a hot pink turtleneck and black top beneath her blazer, as well as a matching pink clutch.

When it came to shoes, Palermo slid into a pair of black Gianvito Rossi combat boots. Her $1,695 Martis style featured thick lugged soles and fully laced knee-high leather uppers with ribbed side panels, as well as rounded toes. The pair completed Palermo’s look with a finish that was pure grunge, creating a modern-day interpretation of ’90s style along with her suit. It also proved that combat boots have become her go-to shoe this season, which she wore numerous times during Fall 2022 Fashion Weeks in New York and Milan.


Combat boots are one of the sleekest versions of staple fall and winter ankle boots to wear. Most pairs, like Palermo’s, feature thick soles that are both practical and stylish with lace-up uppers. Aside from the former reality TV star, stars like Jessica Alba, Gwen Stefani and Bella Thorne have also been spotted in boots by Prada, R13 and Roberto Cavalli in recent weeks.

Palermo is a longtime member of the fashion industry, having gotten her start as a New York socialite and working for “Elle” and Diane von Furstenberg. The influencer often opts for glamorous heels for formal occasions, hailing from established and emerging brands including Titi Adesa, Giannico, Giuseppe Zanotti and Casadei. Off-duty, she typically wears lace-up boots and loafers by Fratelli Rossetti, Alexander McQueen and Sam Edelman, as well as AGL moccasins, Gucci slippers and Alberta Ferretti mules. Palermo has collaborated with a range of brands on capsule lines over the years, including Banana Republic, Nordstrom, Baublebar and Meli Melo.

Prep for combat this winter in combat boots.