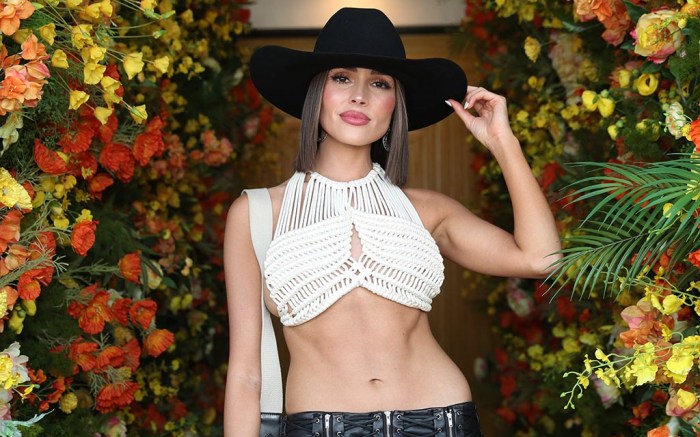 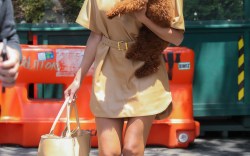 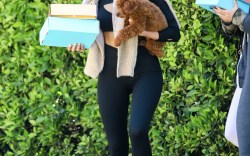 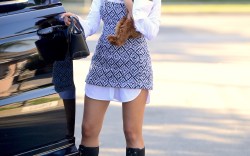 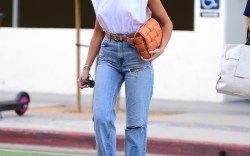 The influencer attended the Revolve Festival on Sunday in La Quinta, Calif., as stars flocked to the nearby Coachella Music Festival. Culpo wore a black high-neck cropped tank top and a bright green mini skirt with a small slit. She also wore an orange crossbody purse with gold hardware and further accessorized with a stack of colorful woven bracelets.

Culpo added edgy boots to her look. She wore a a pair of black lace-up combat boots with a worn effect. The footwear also featured a chunky platform sole that added a bit of height to her frame.

Culpo also attended The Zoe Report’s ZOEasis Coachella event on the same day. To Rachel Zoe’s party, Culpo wore a more daring look with a similar concept as her Revolve outfit. She wore a white crochet bra top with a black leather low-rise mini skirt with stitching and zipper details. She also wore a pair of black leather thigh-high heeled boots with a pointed toe. Culpo topped it off with a black cowboy hat.

Add an edgy look to your closet with these lace-up boots.