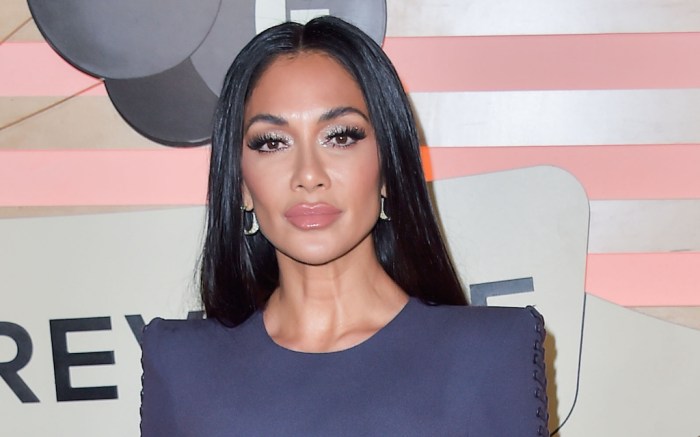 Nicole Scherzinger coordinated with some of the guests on “The Masked Singer.”

The “Pussycat Dolls” singer hit the show in a blue monochromatic outfit. She was joined by members of Blue Man Group during the episode, which airs tonight on Fox. Scherzinger’s outfit consisted of a mock neck long sleeve top that was covered in bright blue sequins. She paired the top with coordinating pants that were equally as sparkly. Her high-waisted pants featured pleating detailing. She added silver earrings and rings to the bright look, and she wore a light pink wig, worn in loose waves for an extra colorful touch.

The “Masked Singer” panelist continued her blue theme with her footwear. She wore metallic pumps while on the show. Her shoes, which featured a thin heel, blended seamlessly with her monochrome outfit.

Heels like Scherzinger’s are a versatile year-round wardrobe staple. The pair’s longevity comes from its sharp silhouette, as well as sleek thin heels. Most pairs feature stiletto heels, like new styles by Miu Miu, Gianvito Rossi and Jennifer Chamandi. In addition to Scherzinger, stars like Rihanna, Chiara Ferragni and Hailey Bieber have worn pointed heels by Saint Laurent, Prada and The Attico over the past few weeks.

When it comes to footwear, Scherzinger typically goes for bold styles. The “Buttons” musician often wears platform sandals and pointed-toe pumps from top brands like Le Silla, Christian Louboutin and Jimmy Choo. When off-duty, she also prefers boots by Gucci and The Kooples, as well as Fila and Nike sneakers and Crocs clogs.

Click here to see how high heels have evolved over the years.