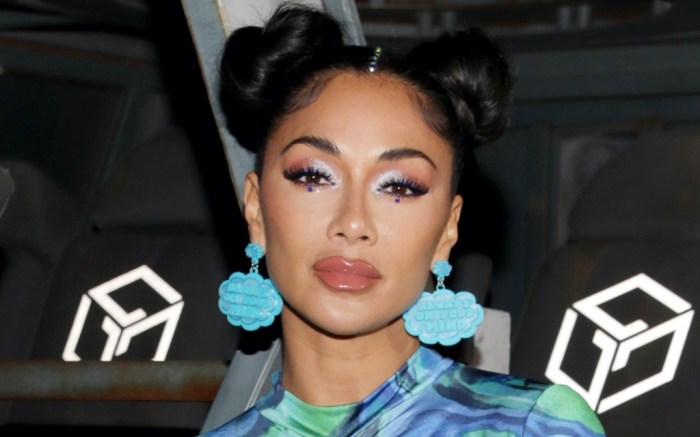 Nicole Scherzinger opted for “ice queen vibes” on Wednesday night’s finale of “The Masked Singer,” which Teyana Taylor as the “Firefly” ended up winning.

The ex-Pussycat Doll took to Instagram in three separate posts to show off her glamorous look, which included a short, icy blue bob and a nude dress featuring what looked like silver iridescent ice crystals and an asymmetrical strap design. The 43-year-old judge also added dangly diamond earrings and an assortment of statement rings. Plus, her silvery metallic eye makeup helped to pull the frosty “Frozen”-esque look together.

Over the years, the former pop star has made a name for herself in the fashion industry by starring in campaigns for brands like Missguided and London Fog. She even came out with her own collection with Missguided in 2014.

And during her stint as a judge on “The Masked Singer,” she has continued to step out in head-turning looks. The “Buttons” hitmaker even channeled legendary singer and style icon Cher earlier this season. When she’s not getting all glammed up, she can often be seen sporting low-key garb like flowing dresses, jeans shorts, bikinis and flip-flops on Instagram.