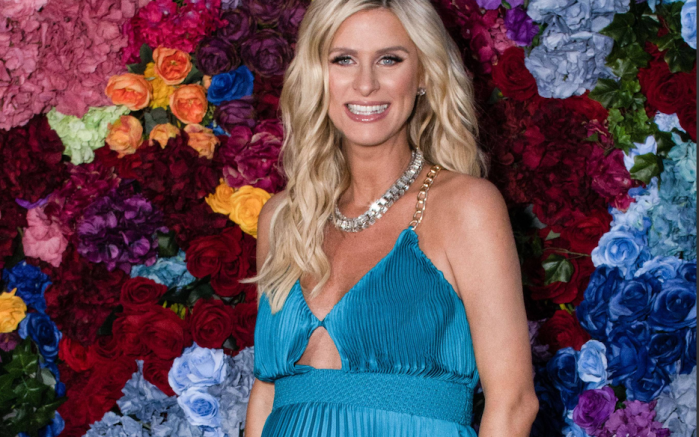 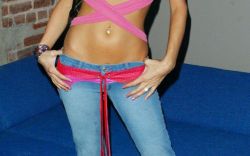 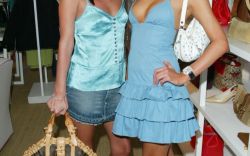 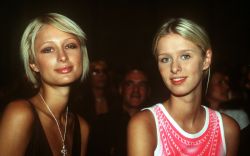 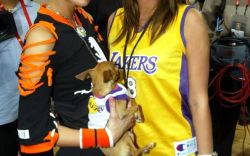 Nicky Hilton Rothschild may be expecting her third child in mere weeks, but she’s still keeping a busy style schedule until the very end. Recently, Hilton attended a fashion event celebrating the 20th anniversary of Alice + Olivia — and the fashion-forward star isn’t kicking off her high heels in favor of practical flats just yet.

The 38-year-old heiress, designer, and businesswoman arrived on the red carpet on Wednesday in NYC wearing a flowing blue pleated Alice + Olivia dress with gold chain straps. The dress featured an empire waist, which fell right above Hilton’s baby bump, helping to celebrate her pregnancy.

For footwear, Hilton wore crystal-embellished gold Manolo Blahnik mule heels with a 3.5-inch rise. Wearing a chunky 3D silver chain necklace and diamond studs as her only jewelry, Hilton styled her long blond locks in a polished wavy style. For her glam, she wore a nude glossy lip paired with thick lashes, shimmer shadow, and a wispy black shadow wing.

RELATED: See the Anatomy of a High Heel & All the Parts You Didn’t Know

While taking photos at the event, Hilton was joined by good friend Stacey Bendet of Alice + Olivia, who kissed her baby bump while posing in front of a colorful floral backdrop.

Hilton posted a picture from the event on her Instagram, captioning the photo with an adorable quote from one of her young daughters.

“‘Mommy, you look like a princess mermaid!'” Hilton wrote in the caption, adding, “The ultimate compliment.”

Hilton publicly announced her third pregnancy in an Instagram post on Feb. 2, since posting about her baby moon and baby “sprinkle,” which was put together by Alice + Olivia, in preparation for her upcoming due date.