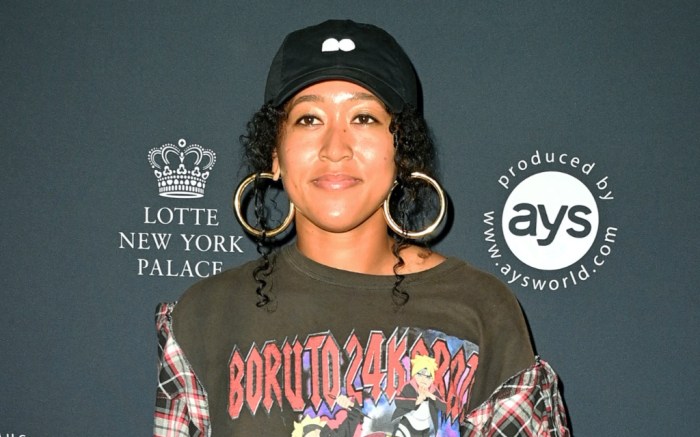 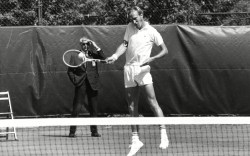 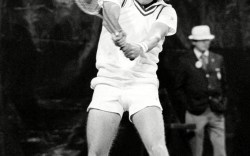 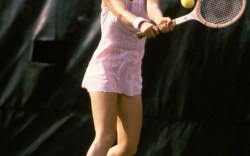 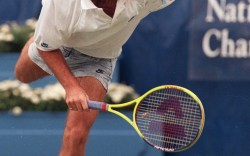 Naomi Osaka had a busy day on Thursday in NYC.

The four-time Grand Slam champion attended the A Conversation with Champions event, which took place at Lotte New York Palace. At this event, she spoke on a panel with fellow tennis stars like Venus and Serena Williams and Rafael Nadal. In the same day, she also attended Citi Taste of Tennis, a cooking competition also held in NYC. She competed against Nick Kyrgios, and the two ultimately tied.

To both events, Osaka wore the same outfit. She paired a black anime graphic t-shirt with ripped black denim shorts. She added a red and black flannel shirt over her tee. Osaka accessorized her look with a black baseball hat and large gold hoop earrings, as well as an array of rings.

Osaka completed her outfit with a pair of clean kicks. Her Nike x Louis Vuitton collab sneakers featured green and purple patches, black rubber soles and white laces. The toebox was covered in a silver metallic material with Louis Vuitton’s logo splashed all over it. This isn’t the first time the 24-year-old has styled Nike sneakers; Osaka partnered with the athletic brand for a selection of apparel and footwear collections as well as to launch Play Academy with Naomi Osaka — a girls-only sports program in partnership with the brand and Laureus Sport for Good.

The two events came just days before the U.S. Open kicks off on August 29. Osaka is set to play America’s Danielle Collins at 9 p.m. ET.

Click here to see how U.S. Open style has changed through the decades.