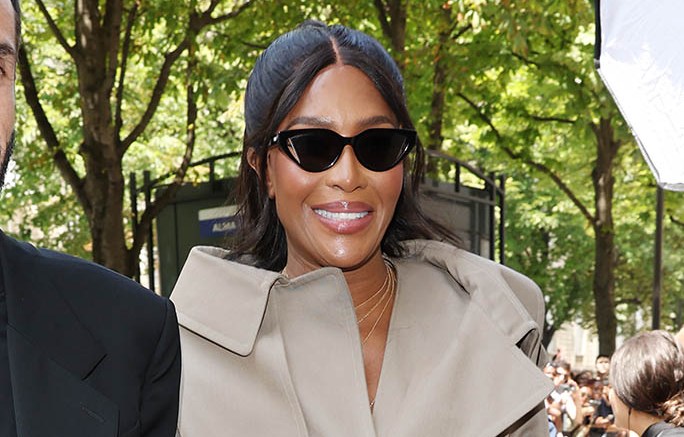 Campbell made a stylish strut into the building with Chief Executive Officer of Balenciaga Cédric Charbit. The “Empire” actress was effortlessly chic in a neutral tailored trench coat. The standout feature of the double breasted silhouette came from the wide collar on the right side and dramatic flat lapel on the left. The staple outerwear also had a belted waist and buttons on the bodice.

To take things up a notch, Campbell blocked out the sun with shiny cat eye shades, layered necklaces and carried her must-have items in a small purple top handle bag. Her signature straight tresses were styled half up, half down while a few strands from her bangs framed her face. Completing Campbell’s look was a black silhouette that featured a curved stiletto heel and round toe.