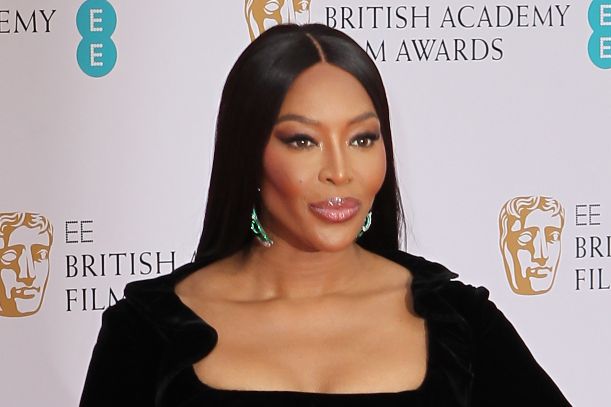 Supermodel Naomi Campbell strutted her stuff, but this time it was off the runway.

The fashion icon wore a black velvet Burberry gown with a lettuce hemming when she arrived on the red carpet today at the BAFTAs in London. The dress featured a wide neckline and prominent sleeves. Campbell looked long and lean in all black, adding a pop of color with some green jewelry on her wrist and ears. The legendary model stepped into black pumps that are barely visible under the hemline.

The dress is silky and luxurious and perfect for standing out at such a high-profile event. Campbell played with texture thanks to the lettuce hem and the wide neckline accentuates her decolletage.

See more stars on the red carpet at the 2022 BAFTAs.