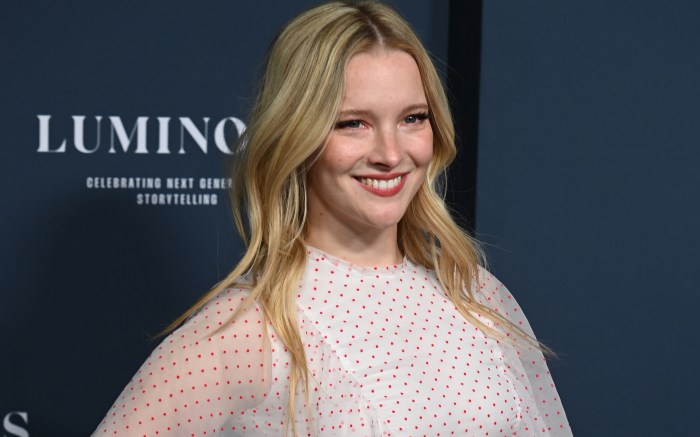 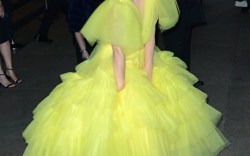 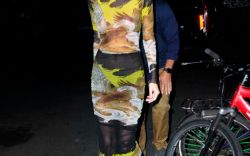 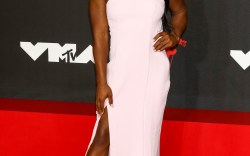 “The Lord of the Rings: The Rings of Power” star Morfydd Clark took on retro glamour while attending the BFI London Film Festival Luminous Gala this evening.

Clark wore a loose white floor-length gown with oversized sheer sleeves and red polka dots covering the entire dress. She flattered her feet in a pair of nude open-toe stilettos with a clear strap. The actress completed the look with a silver ring and matching earrings.

The British Film Institute’s London Film Festival starts on October 5 and runs until the 16th with over 300 films and documentaries playing in ten towns and cities across the UK. The Luminous Gala is an annual event held every year before the film festival to announce the winners of the Filmmaker Awards: Celebrating Creative Audacity by the festival’s jury chair Tilda Swinton. Other stars that were in attendance were Lily James, Rebel Wilson, and Charlotte Riley.