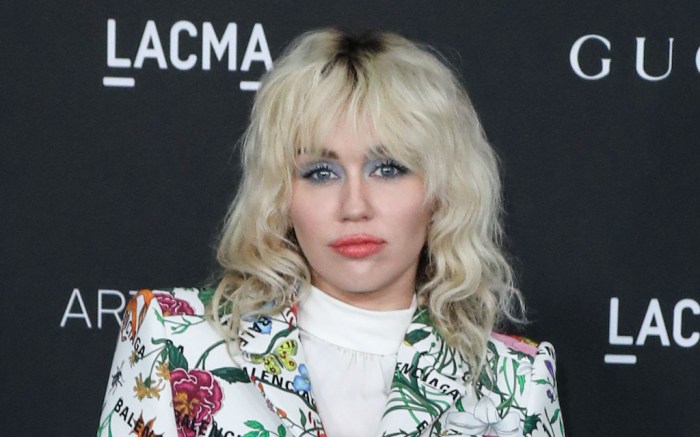 Miley Cyrus celebrated the staring role that catapulted her to fame in style. This year marks the 16th Hannah-versary of her beloved Hannah Montana character from the hit Disney television series. To honor her adored character, Cyrus posted a video yesterday of her performing on the South American leg of the Lollapalooza tour, saying that it was her dream to sing Montana’s “Hoedown Throwdown” song.

In the caption of the post, Cyrus wrote, “Happy 16th Hannah-versary! 16 years ago my life changed forever when HM premiered. Because of your loyalty and support I’ve had the honor to travel the world for over a decade and perform for fans that bring so much greatness into my life. Grateful to each of you for all of your love & ATTENTION! You personally paved my path! Eternally thankful! 🖤”

For her outfit, Cyrus went with a shiny blue halter jumpsuit that extended to her ankles.

Although the video didn’t show her shoes, it’s safe to say that Cyrus wore a pair of boots or platforms that aligned with her shiny outfit.

When it comes to Cyrus and her clothing tastes, she tends to throw on trendy and fun pieces. For example, she recently wore a daring leather jumpsuit that had back cutouts and chunky black boots for an edgy appearance.

Cyrus has made a name for herself within the fashion industry, having starred in campaigns for labels like Marc Jacobs, Gucci and Converse. She also collaborated with Max Azria to create a capsule collection of stylish pieces that had her funky flair marketed towards adolescents and teenagers.

Click through the gallery to see Cyrus’ style transformation.