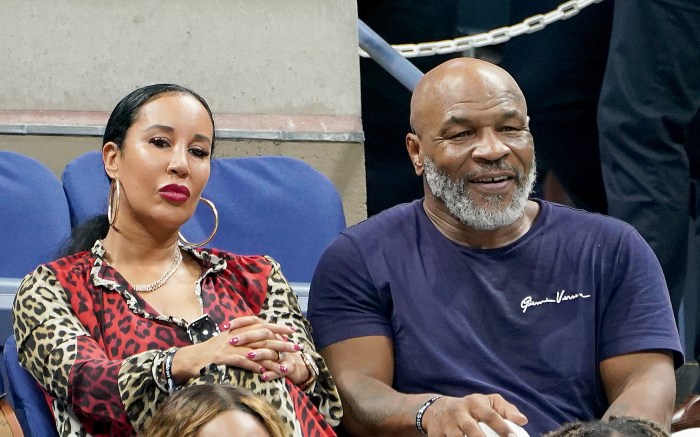 Accompanied by her husband, Spicer showed up to the event wearing a colorful leopard print maxi dress with red and mustard sections. Spicer accessorized with large gold hoop earrings and a gold chain necklace.

She was also seen carrying a Louis Vuitton Dauphine shoulder bag. For beauty, Spicer chose a bold red lip that matched perfectly with the dress.

Sitting next to his wife was Tyson in a casual navy t-shirt and white pants. For shoes, he walked in classic white sneakers. Although Spicer’s footwear is not visible in the photo, she likely followed her husband’s style and wore a pair of sleek sneakers. During the summer, Spicer has often been photographed in athletic sneakers or in thong sandals while going out with her husband.

The couple was at the USTA Billie Jean King National Tennis Center in Queens to watch the first round match of Serena Williams against Danka Kovinic.