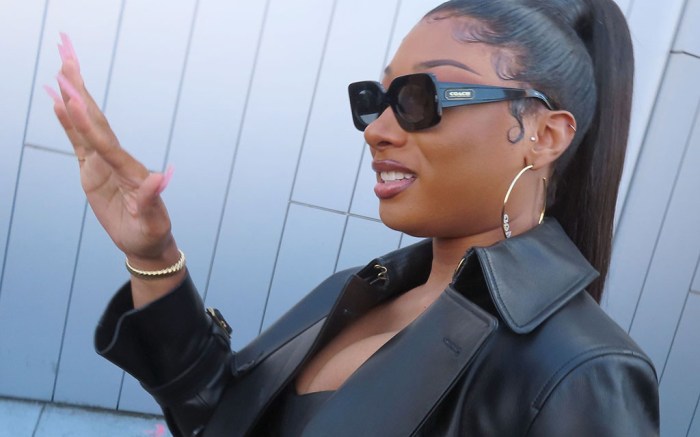 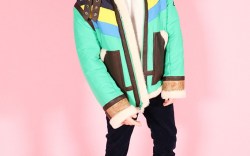 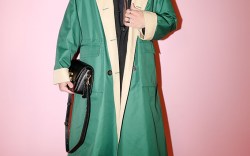 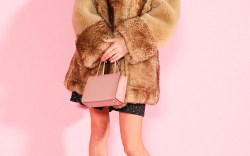 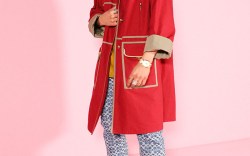 Megan Thee Stallion made a quick exit from Los Angeles and landed in New York on Monday. The rapper, who attended the Super Bowl last night, arrived to the Coach fall ’22 runway show this afternoon and sat front row during New York Fashion Week.

Megan chose an all-black leather ensemble, complete with a corset two-piece skirt and leather trench coat. She paired her “Matrix”-like look with black leather ankle booties by Stuart Weitzman. She accessorized with Coach sunglasses and gold hoops by the brand.

Coach tapped Megan Thee Stallion signed as a brand ambassador in 2019. She has appeared at the brand’s fashion shows and in previous ad campaigns, including for Coach’s second collaboration with Japanese streetwear brand Bape in July. She also starred in series of ads for Coach’s shearling collection in September.

For Coach’s presentation, held at Basketball City on New York’s Lower East Side, the brand reimagined the show space as the main street of a small town — complete with A-frame homes and a station wagon. The line included baby doll, lace and crocheted dresses and t-strap Mary Janes, as well as oversized shearling coats — paired with Ugg-inspired boots.

Click through the gallery to see more stars front row at Coach.