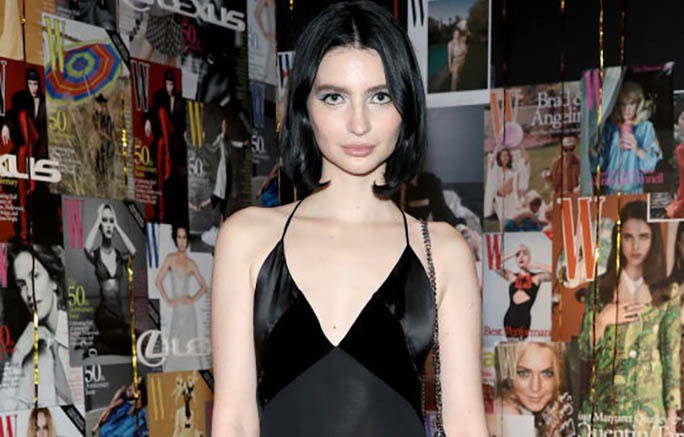 Meadow Walker made a sleek style statement during her latest outing. The 23-year-old daughter of the late Paul Walker looked stunning for W magazine’s 50th anniversary party presented by Lexus at Shun Lee in New York City on Wednesday night.

Meadow was chicly dressed for the star-studded affair, stepping out in a black slip dress. The lightweight garment had thin spaghetti straps and a plunging satin deep V-neckline. The piece also featured a sheer skirt and slightly ruffled hemline.

Meadow gave her look a sparkling touch with a sequin studded shoulder bag. She continued to accessorize with dainty drop earrings and a thick silver cuff bracelet. To place more emphasis on her look, the supermodel opted for soft makeup with a smokey eye. She parted her hair in the middle and curled the ends.

The length of her gown allowed for a peak at her footwear choice, which appeared to be a strappy silhouette. The shoe style had criss cross straps on the toe and a square outsole.

Strappy sandals are taking center stage right now as one of the popular shoe styles. The heels have made many celebrities ditch comfort for their counterpart. With signature interlaced straps varying from barely there to maximalist-like styles, lace-up sandals are evidently the tried-and-true shoe of the season.