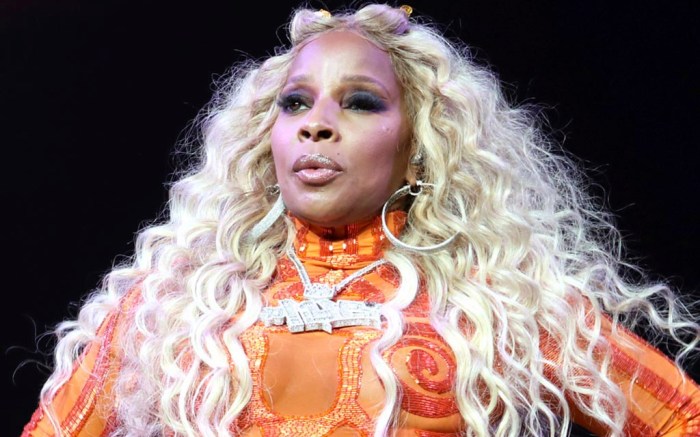 Mary J. Blige made a case for neon orange as a spring essential at the Strength of a Woman Concert on Saturday.

The 51-year-old teamed up with Pepsi for the festival and summit, which took place in Atlanta. In the video, Blige is in the midst of being styled as she sparkles in different shades of orange.

The hitmaker slipped into a high-neck long-sleeved top that had a light orange base with metallic sandstone textured detailing throughout. She tucked the chic top into a pair of hot pants that featured jewel-encrusted detailing.

She accessorized with a thick Pristine Jewelers silver chain with a large “MJB” pendant as well as a pair of large Sister Love hoop earrings. She also looked cool in a pair of big chic shades the reflective, opaque sunglasses covered most of her face.

The already head-turning look was elevated with Blige’s custom footwear by A-Morir. She wore a pair of super-trendy thigh-high boots featuring 14,000 crystals. The shoes also featured gem embroidered detailing that matched her shorts.

No matter the event, Blige will comfortably and confidently put on the sleekest footwear featuring over-the-top designs and many styles are above the knee.

The Strength of a Woman Festival and Summit is a three-day comedy, music, and community-building event happening between May 6 and May 8 in Atlanta, which was curated for women by women. During the event, Atlanta presented Blige with her own “Strength of a Woman Day,” which recognizes May 5 as an official holiday in the city.

See more of Blige’s style through the years.

Elevate your look this spring with these thigh-high boots. 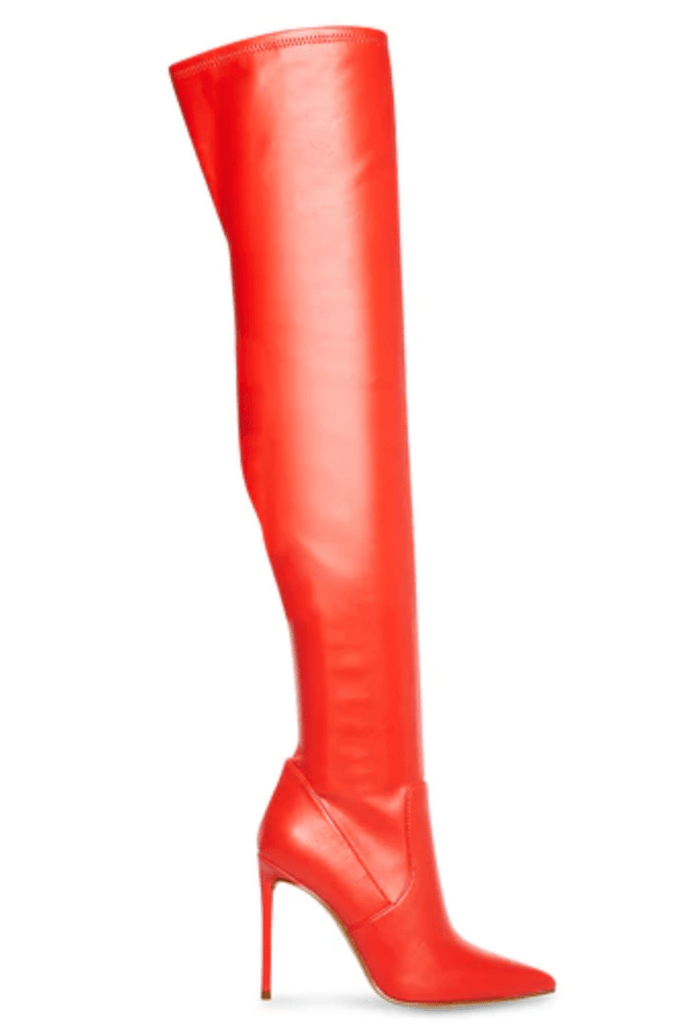 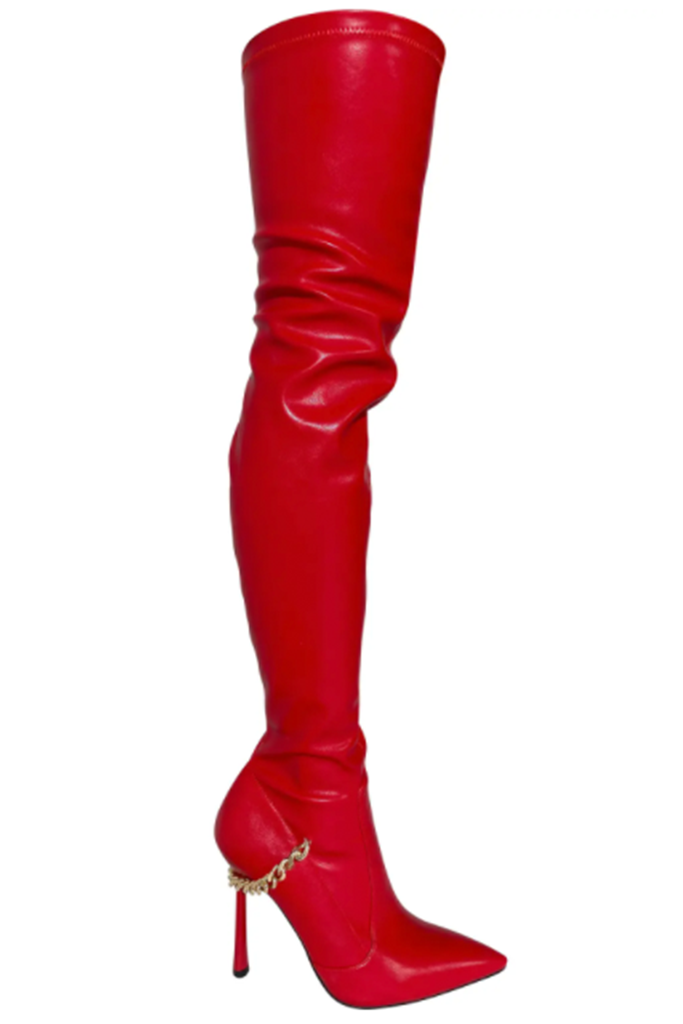