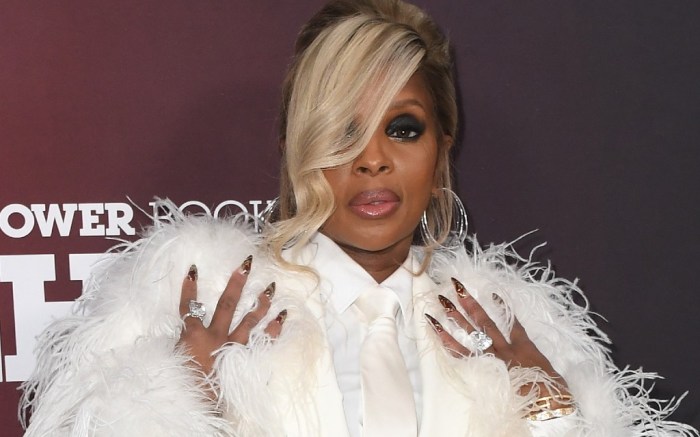 No one can deny that 2022 is Mary J. Blige’s year. After co-headlining the Super Bowl and performing at NBA All-Star weekend, the Queen of Hip Hop and Soul returned with another stunning set at the 53rd annual NAACP Awards on Saturday. Blige delivered her performance from the historic Apollo Theater located in Harlem, NYC. She opened her set with her song, “Good Morning Gorgeous,” which is the title track of her new album that released earlier this month.

The “No More Drama” singer also took home an NAACP Image Award for Outstanding Supporting Actress in a Drama Series for her role as Monet Tejada in Starz’s hit crime series, “Power Book II: Ghost,” which earned her the second win that category.

The reigning supreme of R&B styled her blond locs in an updo and let her bangs drape on the sides of her face. She complemented her dress with a smokey eye and a neutral lip, which was almost the same color of her dress. Blige let her dress do all of the talking and added a diamond watch and several large diamond rings.

The length of her dress didn’t allow for a peak at her footwear choice, though she wore Jimmy Choo. When it comes to footwear, Blige tends to gravitate towards designs from Jimmy Choo, Le Silla, DSquared2 and more top brands.