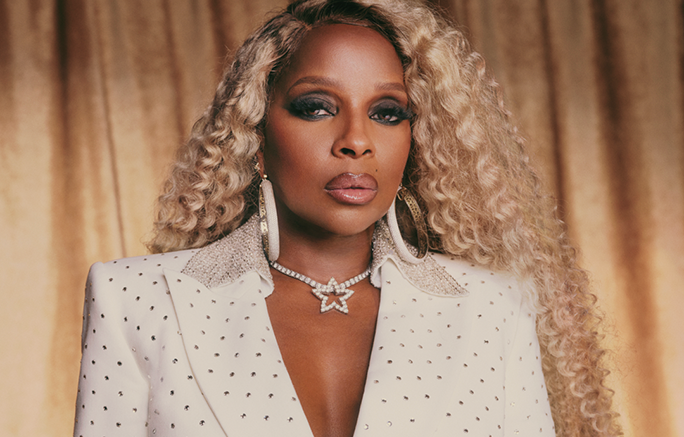 May J. Blige is “summertime fly” in a sleek bright orange bikini on her Instagram.

The “Family Affair” songstress posed for the photo while on a boat on Aug. 11.

Blige was ready for a swim, the singer donning a bright orange bikini that consisted of a triangular halter top and high-waisted bottoms.

The star wore silver jewelry, from large hoops to stacked bracelets, that had Blige shining throughout the night.

The R&B legend carried an orange, green, and black towel with fringe trim that gave the beachwear a fun textural element.

Blige popped on large orange-toned sunglasses and called it a night. The hint of sparkle from her jewelry elevated the swimwear immensely.

Blige’s bikini had a modern silhouette and color, and it’s a significant departure from its origin. Bikinis emerged in the 1940s, but the designs weren’t found on beaches until the 1960s due to the controversial nature of the two-piece suits. Bikinis finally gained mass acceptance in the ‘80s, becoming a swimwear staple.

Today, the term “bikini” includes everything from high-waisted two-pieces to string bikinis that show ample skin. Blige’s bikini was sat high on her hips, mimicking some current popular styles.

Blige didn’t end up wearing any shoes on her late night swim, the star instead showing off her painted pedicure.

The “No More Drama” singer has made a name for herself through her musical talents, and her love of fashion. The entertainer is known for experimenting with over-the-top style statements on and off the stage.

On the red carpet, Blige has an affinity for high-fashion luxury brands like Roberto Cavalli, Gucci, Fendi and many more.  As for footwear, the songstress loves boots, especially thigh-high silhouettes with stiletto heels.