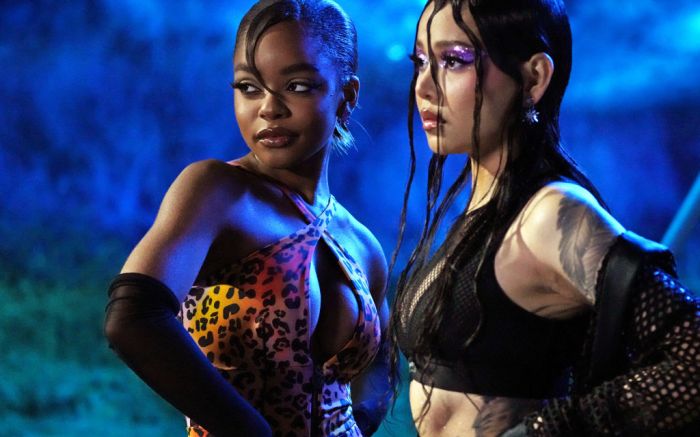 The highly anticipated “Savage X Fenty Show Vol. 4” fashion show is almost upon us, and a behind-the-scenes look at the show is already proving to be a project well worth the wait. Among the glamorous images of actresses, influencers, and models alike, Marsai Martin was one of the stand-out faces.

Martin channeled her inner animal, the “Black-ish” actress clad in a halter style leopard printed jumpsuit made of a fabric splotched with all colors of the rainbow.

Styled up in the skin-tight garment, Martin played the part of mode for a day, slicking her dark hair down in a dramatic swooping side part that gave her look an editorial feel.

On her feet, the BET YoungStars Award winner wore satin finish pink heels with secure ankle straps and sharp pointed toes that were adorned with glimmering crystals. The style is a nice neutral footwear choice to round out the wild look.