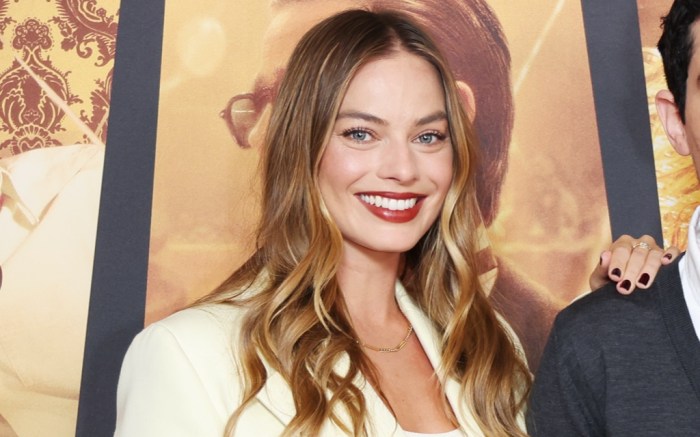 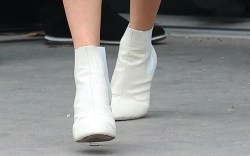 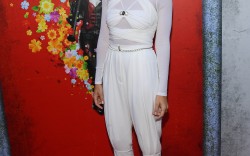 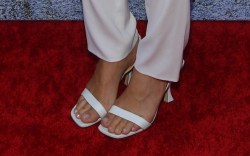 Margot Robbie suited up for a recent red carpet. The actress attended the photocall for her upcoming film, “Babylon” in London yesterday. She attended the screening, held at Cineworld Leicester Square, with the movie’s director, Damien Chazelle.

To the event, Robbie donned a cream blazer with matching pants. Her blazer featured a double-breasted style while her ankle-length pants featured a wide-leg opening. She added a white top under her jacket and a simple necklace to the outfit.

The Academy-award nominee got a serious lift from her shoes. She wore platform-heeled loafers. Her brown snakeskin shoes featured a thick platform base as well as a block heel that reached at least 5 inches.