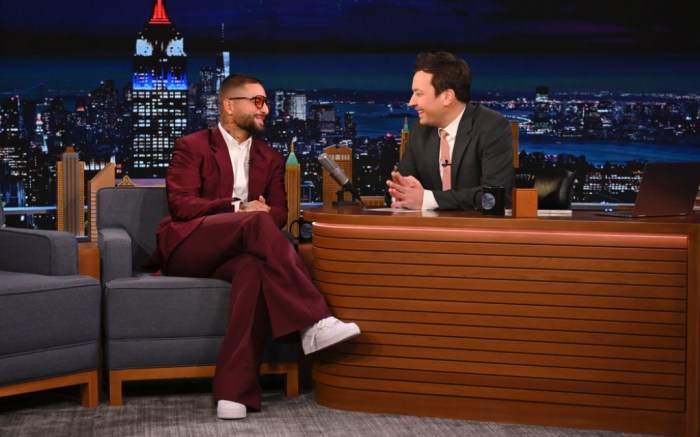 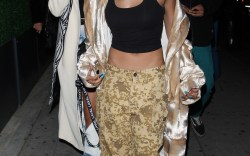 Maluma appeared on “The Tonight Show Starring Jimmy Fallon” in a red-hot look.

For his appearance, Maluma wore a burgundy suit jacket with matching wide-leg trousers. Underneath his jacket, Maluma wore a white button-down. He accessorized the look with orange sunglasses from his Quay line and jewelry including a diamond necklace and earrings.

The Versace model slipped into a popular pair of kicks on the show. He donned a pair of crisp white Nike Air Force 1 sneakers. The classic silhouette features an all-white leather upper and sole, plus white Nike heel embroidery. Maluma’s footwear choice is a favorite among many celebrities like Billie Eilish, Hailey Baldwin and Pete Davidson, who have all been spotted in the shoe style in the past.

The “Chantaje” singer has stepped out of the acting and music industry to dip into fashion. He collaborated with Balmain on a collection, and starred in a Versace campaign in 2021. He has also sat front row for the likes of Off-White, Louis Vuitton and Heron Preston over the past few seasons. Previously, he worked with brands including Dsquared2 and Pyer Moss on tour outfits and a performance look.

Add in fresh sneakers to your collection.