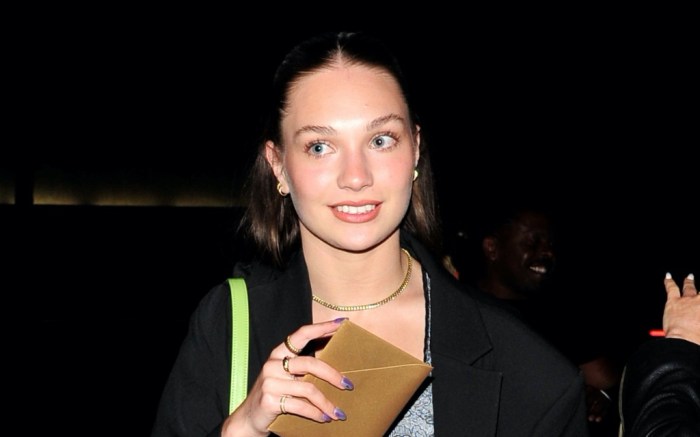 The “Dance Moms” alum stepped out on Monday night in LA. She went to the popular restaurant Craig’s for a friend’s birthday dinner. For her outing, Ziegler wore a trendy Y2K-inspired black mini skirt with a slit along one side. She paired the skirt with a black and gray printed top, and a black blazer. Ziegler added a gold necklace as well as rings and earrings to the look.

The 19-year-old actress added a bright pop of color to her outfit with her footwear. She wore a pair of knee-high boots in a neon green colorway. Her boots featured a pointed toe as well as a heel that reached roughly 2 inches in height. She also matched her bag to the boots. She tossed a bright green bag over her shoulder for even more color.

Ziegler has been making a name for herself in the acting world, with recent credits in “West Side Story” as well as “Fallout.” As she attends more events and red carpets, she has shown off her fashion sense. While attending the Jimmy Choo x Mugler collaboration launch party in February, the entertainer styled an all-black outfit that consisted of a jacket that she draped over her shoulders and a leather bustier top paired with black mini skirt. She accessorized with a silver diamond choker, several silver rings and a small glittery handbag, and she finished off the look in black mesh pointy-toe pumps.