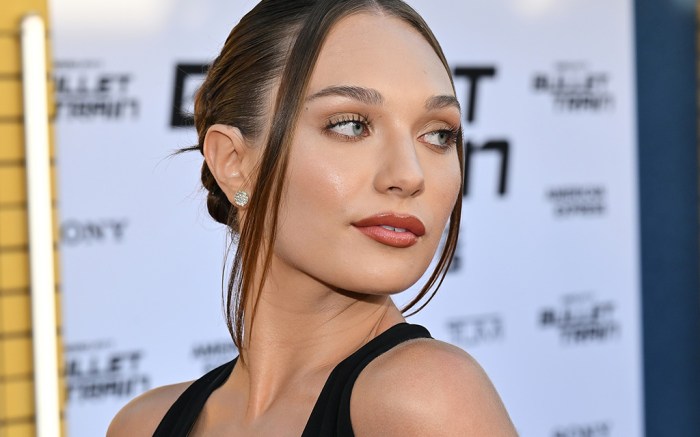 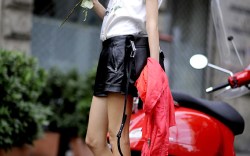 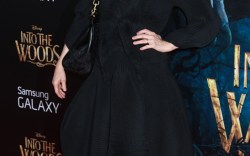 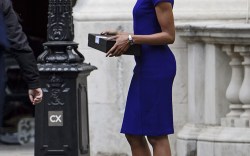 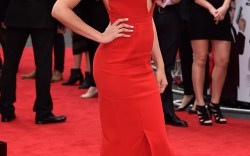 Maddie Ziegler joined the star-studded cast of “Bullet Train” on the red carpet in Los Angeles on Monday wearing an all-black ensemble.

The “Dance Moms” alum showed out for the premiere alongside her Australian boyfriend Eddie Benjamin and her younger sister Mackenzie. All parties dressed in black, making a serious and slick debut on the carpet that evening.

Ziegler took a chance in a black angular maxi dress, the shape and cutouts daring and ultimately quite risky with its high slit. The bodice formed the shape of a “W” dipping and swooping like the letter.

The star amped up the shine, layering on gold rings and bracelets that only emphasized the dramatic nature of her outfit.

When it came down to her shoes, Ziegler opted for a classic silhouette that carried out the gold detailing in her jewelry. The dancer wore black square kitten heels with peep toes that mirrored the cutouts up top.

The style isn’t so obvious, but a solid one none the less. The shiny gold detailing and the lengthening shape are reminiscent of styles popular in the ’90s, especially when paired with the sleek and angular gown.

Ziegler has been making a name for herself in the acting world, with recent credits in “West Side Story” as well as “Fallout.” As she attends more events and red carpets, Ziegler has been able to shown off her impeccable fashion sense.

Dress up any outfit with these black kitten heels.

See how some of these big stars have styled kitten heels.