Lori Harvey Models a $3,000 Bag for Valentino in a Printed Outfit and Lace-Up Sandals 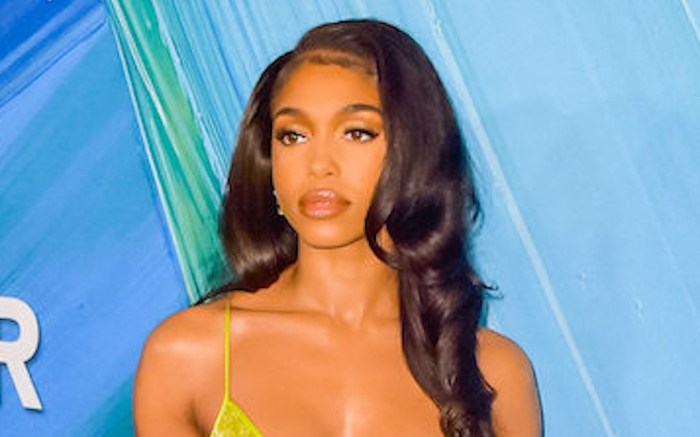 Lori Harvey strikes a pose for Valentino. The influencer shared a photoset on Instagram Thursday that showed her modeling one of the newest bags offered by the brand.

For the outfit, Harvey donned a printed bandeau and short set that matched and had a black-and-white floral pattern. On top, she opted for a button-up top that had a boxy shape and featured the same pattern as the outfit underneath, just in a black, white and green colorway. It had white buttons and was slightly oversized.

When it comes to accessories, she threw on a chunky gold necklace for some needed glitz. The star of her outfit is a yellow envelope-shaped Valentino One Stud bag that incorporates a jumbo gold stud in the center of the bag and also has gold chains as the strap for the bag.

She isn’t the only one to advertise the accessory — in fact, Olivia Culpo made a fun “get ready with me” video that showed her modeling a micro version. The handbag retails for $3,200.

To ground everything, Harvey popped on a pair of brown wrap-around sandals from Valentino that had the same One Stud design as her handbag and matched her attire effortlessly. They had a flat sole and one big gold stud on the front of the sandals. The shoes retail for $950.


Harvey has a chic and modern sartorial aesthetic that allows her to create interesting outfits while playing with popular trends. For example, we’ve recently seen her in a ribbed crop top, pencil skirt and T-strap thong heels for a sleek look. And she even wore black leggings, a matching puffer and fuzzy slippers for a Pilates workout that gave a cozy, casual twist to activewear.

Harvey has started to make a name for herself within the fashion industry and recently starred in a new winter ad for Burberry, featuring the brand’s Lola bag. She previously appeared in a Michael Kors holiday ad and has modeled in campaigns for Dolce & Gabbana.

Click through the gallery to see Harvey’s boldest style moments over the years.