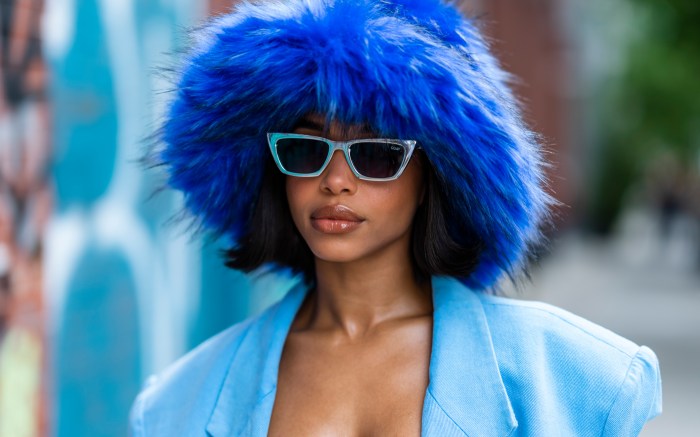 Lori Harvey traveled back in time and channeled the 90s with her new outfit for New York Fashion Week.

The model was spotted walking through the streets of the Big Apple in a white and blue ensemble. Harvey wore an oversized light blue jacket, paired with an asymmetrical ribbed ocean blue mini skirt and a white bra top. She completed it with white open-toe strappy sandals, elevating the look.

To further accessorize, Harvey added a pair of $65 sunglasses from Quay Australia. The metallic frames added to the nostalgic feel of the entire look.

The SKN by LH founder is making the best out of New York Fashion Week. So far she attended fashion shows from Michael Kors, Fendi and Valentino.