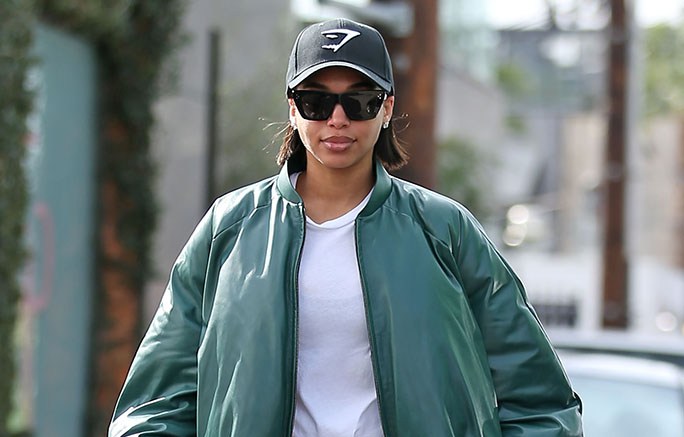 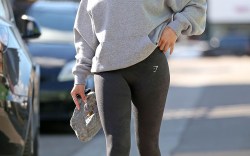 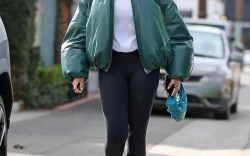 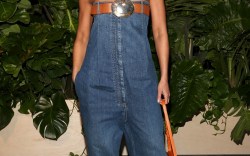 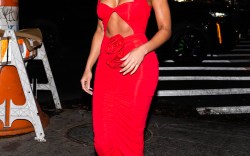 Lori Harvey gave her sporty street style an edgy boost while out in Los Angeles on Dec. 6. The SKN by LH founder easily elevated classic sporty staples for the outing.

Harvey was stepped out in Loewe’s Padded Bomber Jacket. The outerwear was crafted in shiny satin nappa lambskin and also includes side pockets with an elasticized waist and cuffs. The model wore the jacket wit ha simple white T-shirt and black GymShark vital seamless 2.0 leggings.

When it came down to the shoes, Harvey tied her outfit together with Miu Miu’s Camo-Print leather combat boots. Miu Miu’s camouflage-print ankle boots combine rugged appeal with sporty styling. Made in Italy, the silhouette features leather uppers, a round toe, a lace-up vamp and a rubber sole for greater traction.