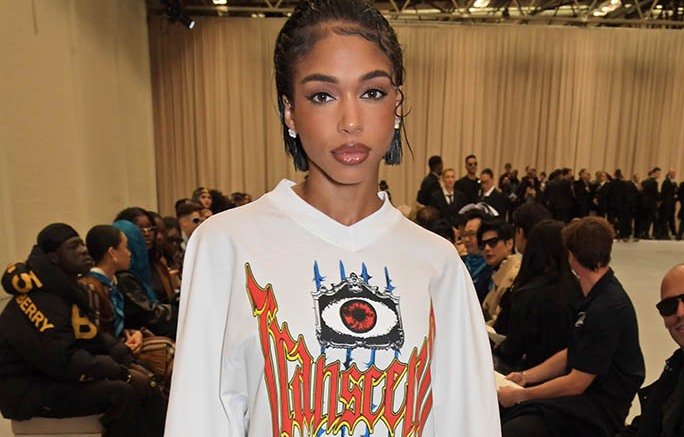 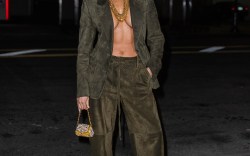 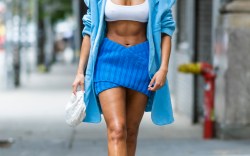 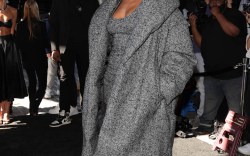 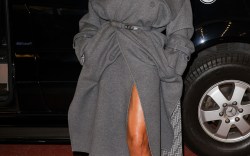 Harvey was casually dressed for the outing, stepping out in a white short-sleeve graphic T-shirt. The light-weight separate had a boxy silhouette with baggy oversized sleeves and a small V-neckline. The SKN by LH founder teamed the top with a lace mini skirt.

To further elevate the moment, Harvey accessorized with statement silver cuff bracelets and diamond stud earrings. She carried her essentials in a dark blue square handbag and rounded out the look with her signature soft glam and glossy neutral lip. To place more emphasis on her look, the skincare entrepreneur slicked her short tresses back off her face.

Giving the look an edgy finish, Harvey slipped into a pair of black Western boots. The shoe style had an almond-shaped toe and ran up along the calves.

Often made of leather, cowboy boots have a shaft that extends almost to the wearer’s mid-calf. This style of boot often features artistic inlay and overlay designs as decorative features up the shaft and across the vamp. Though the style is still associated with the West, it has often come in and out of popular fashion throughout the 1900s and the modern era.

Harvey is everyone’s favorite It-Girl due to her incomparable style and confident attitude. The style maven has an ultra-chic sartorial sense that she continues to display at formal events, while traveling and when she hits the pavement around LA. Her wardrobe is a mix of streetwear and athletic apparel. Harvey’s shoe style is equally as stylish, consisting of several Yeezy silhouettes, lace-up sandals and chunky boots. She has made a name for herself within the industry by starring in campaigns for Michael Kors, Valentino and Dolce & Gabbana. She has also partnered with Sephora and PrettyLittleThing.