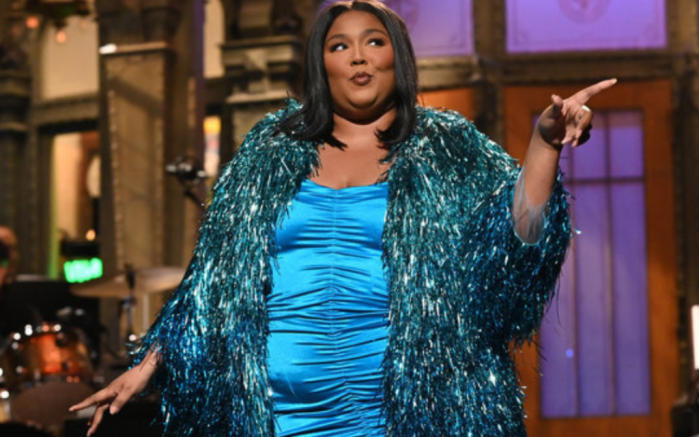 Lizzo took the stage at “Saturday Night Live” this weekend to host the show as well as perform, with her signature flute in tow.

The orchestra that twerks together makes beautiful music together pic.twitter.com/8N48oCZRfJ

The “Good As Hell” pop star showed off her skills on Saturday with the musical instrument during one of her performances, in which she wore a shimmering gold look, as well as in a skit dubbed “Orchestra.”

The skit sees Lizzo auditioning for an orchestra in need of a flutist, with her character unable to stop twerking while she plays. Performing twice, she sang her newly released single, “About Damn Time,” and a new song, “Special.” Lizzo has a new album of the same name coming out on July 15.

Over the course of the night, the “Truth Hurts” hitmaker stepped into several glamorous looks, including a vibrant hot pink outfit for one of her performances. She wore a fuchsia minidress with a shimmering corset on top and an oversized coat featuring a dramatic train. A pair of pointy metallic pumps topped with bows pulled the show-stopping ensemble together.

The 33-year-old Grammy winner also performed in a shimmering gold look when she hit the stage to perform with her flute, which she has nicknamed Sasha Flute.

Click through the gallery to check out Lizzo’s style evolution.