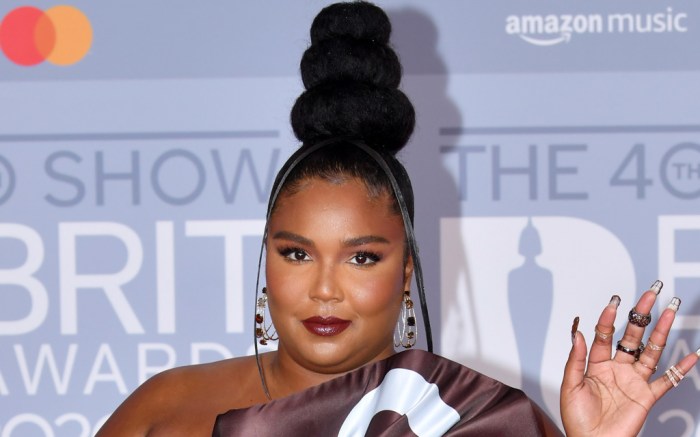 This year is shaping up to be the year of Lizzo. The Grammy Award-winning songstress is the latest star to grace the cover of Variety. She left the internet stunned as she posed in a 1920s flapper-girl inspired dress with silver sky-high platform sandals. The metallic silhouette was complete with two straps across the toe, a chunky outer sole and a thick stacked heel. To add even more glam to her look, she styled her hair short and added sparkling eyeshadow and diamond stud earrings.

In the new issue, the “Truth Hurts” artist opens up about changing the conversation of body positivity, losing out on a big Disney role and her new reality show, “Lizzo’s Watch Out For The Big Grrl’s.” Premiering on Prime on March 25th, the television series is described as a cross between “America’s Next Top Model” and “RuPaul’s Drag Race”—dancers live together while competing for a chance to join Lizzo on stage at Bonaroo in June.

“I think bigger bodies have been devalued in the industry, We’re not getting agents because we’re not getting jobs. We’re not getting jobs because we don’t have agents. Y’all are just ping ponging. A lot of girls who dance with me got agents after they started working with me because they were generating a viable stream of income. I’m grateful for that, but it’s still ridiculous. These girls should be getting representation ASAP. Hopefully this show helps that,” she explained.

The “Rumors” singer also spoke about losing out on playing Ursula in the upcoming live-action remake of Disney’s, “The Little Mermaid.” Though the part ultimately went to Melissa McCarthy, she told Variety what her part would have looked like.

“Everyone knows I auditioned for Ursula in “The Little Mermaid,” and I didn’t get it. But you know, I’m fine as hell. That has nothing to do with Ursula, but I was down to make Ursula a thot, shaking ass,” she said.

Click through the gallery to see Lizzo’s style evolution over the years.