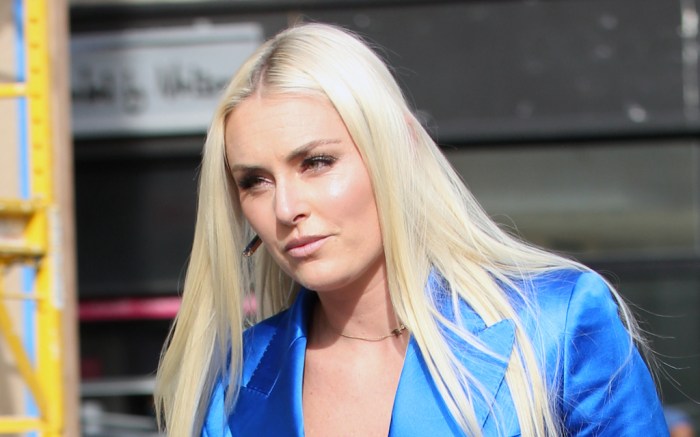 Lindsey Vonn’s name may be synonymous with winter sports, but the retired Olympic alpine ski racer isn’t always gliding on the snowy slopes. Sometimes, she’s bathing in the sun for some well-deserved rays, giving herself a break from all that frostbite potential. And the 37-year-old certainly knows how to dress to make the best use of the sunshine.

In a May 1 Instagram photo set, Vonn posted several pictures (some along with her adorable German Shepard) lounging on a white beach chair in a ruched yellow bikini. The bikini featured a low-rise bottom with a cropped tank-like top for the perfect summer style.

Wearing Tom Ford sunglasses, the athlete accessorized with a small gold cross necklace and a gold Louis Vuitton choker. With no shoes in sight, Vonn wore her blond locks pulled back into a casual off-duty style, making the most of the day in the sun.

Vonn recently wore something a bit more formal to host the 2022 Laureus World Sports Awards on April 24. The star shined in an oversized suit in a stunning mirrored material paired with sky-high nude stiletto pumps.

Though Vonn is best known for her time with the U.S. Ski Team and her four World Cup championship titles, she has also dabbled in the style realm, most notably partnering with Under Armour on a line of outdoor performance gear.

The retired skier also released a winter sportswear line with Head, the ski brand she was sponsored by during her prolific career. Vonn also has her hand in high fashion, modeling designer Thom Browne’s FW 2021 collection in a fashion film that featured her skiing down the slopes in couture.

See more of Vonn’s style through the years.