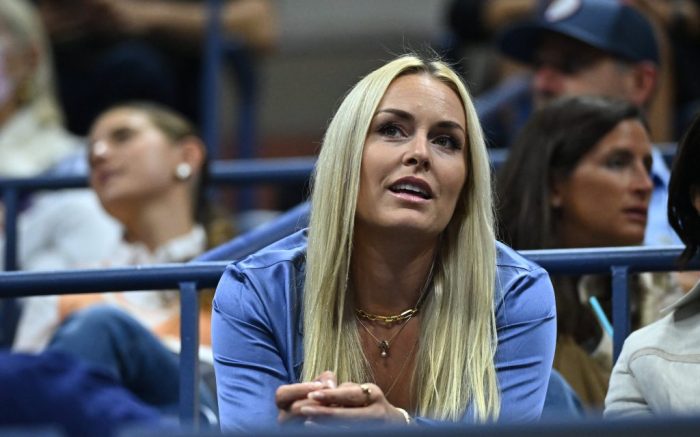 Lindsey Vonn continues to show her love for tennis. The former pro-skier was seen in the stands at the U.S. Open in New York City with Diego Osorio during the match between Iga Świątek and Jessica Pegula.

Vonn’s outfit embodied an ideal, casual summertime style and fused several wardrobe staples that can be worn during the warmer season and year-round. She styled in a monochromatic blue look that included a tank top layered with a button-up signature dress shirt and classic jeans. Her bright accessories featured a three-tiered gold necklace set comprising a chained design, two center stone jeweled ones, a gold ring, and a gold watch.

She paired the outfit with a black clutch that combined woven detailing at its top and a mirror composition with bright embellishments on its body. Earlier in the month, she unveiled a new sunglasses collection with Yniq Eyewear, marking her second collaborative line with the brand.